There are big changes happening in these spoilers from THE YOUNG & THE RESTLESS, and unfortunately, they’re not all good. Scott looks like he’s headed up the corporate ladder, but Nick is heading for a major fall!

Nick was stunned to come home to find out that Victor had packed up his things and evicted him from the tackhouse. And there doesn’t seem to be any talking to The Mustache. “You’ve been living in this house on my property for years,” Victor growls. “That ends today.” Nick appears strong as he stands his ground against his father, but how will he adjust to being cut out of the family? 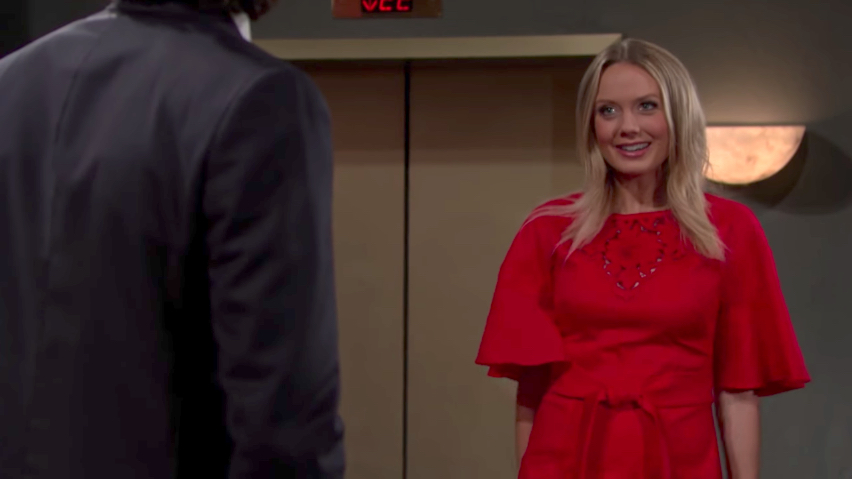 MUST SEE: Hang Out With Melissa Claire Egan and Some Adorable Pups!

Scott arrives in the office to debut his new clean-shaven look, and Abby is stunned when he turns around and she catches sight of his face. “Excuse me,” she jokes. “Do you work here?” It’s all smiles and laughs as she teases him about his smooth chin but does their banter hide deeper feelings that Scott and Abby might have for each other?

Billy doesn’t approve of Benjamin pursuing Victoria, and over drinks at the club he lets him know just that. But Hochman argues that Billy can’t really say anything. “You have a live-in girlfriend,” Ben remarks. “You’d be a hypocrite if you expected Victoria to behave like a nun.” Billy glares at the businessman. Is there anything he can do to protect Victoria from the guy?

Camryn Grimes Responds to Fan’s Warning About Her New Storyline