The mysteries surrounding Graham Bloodworth continue to deepen in these spoilers from THE YOUNG & THE RESTLESS, but the real fireworks could come when Victor asks Nikki about her new relationship!

Nikki has dumped Victor and started up again with Jack, but is purposefully taking things slowly. Especially since, as Abby warned, if Victor catches wind of their relationship, he’ll go ballistic. So Nikki is naturally taken aback when her ex-husband approaches her at the gym and asks about it. “Were you with Jack Abbott last night?” Victor inquires as casually as possible. Nikki takes a deep breath and slowly turns to face him. The Great Victor Newman has no say in what she does with her life anymore, and it looks like Nikki’s going to remind him of that fact! 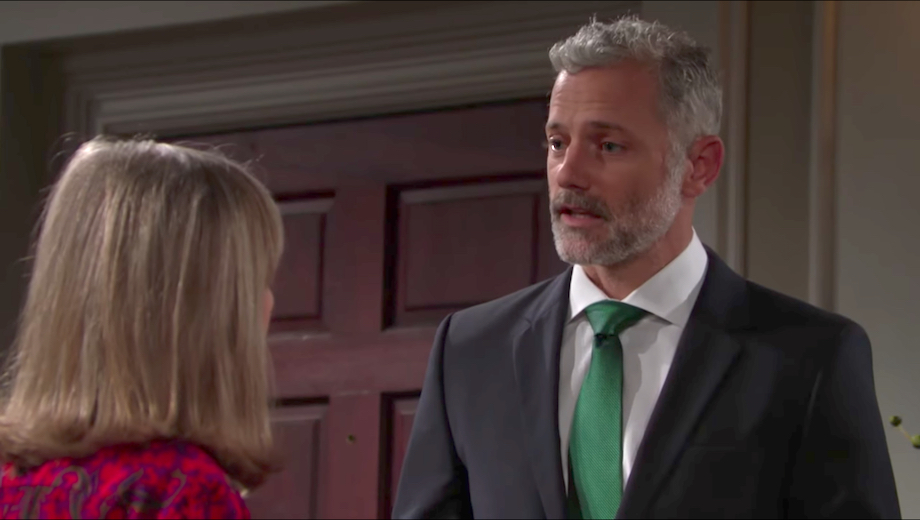 Graham insists Dina can trust him… but can she? (Photo Credit: CBS)

Having learned that Graham isn’t an orphan, but has a mother in Florida whose care he’s paying for, Ashley updates Jack on the latest dirt on the mysterious newcomer. “We keep digging,” Jack proclaims. “If this guy would lie about his mother being gone…” He doesn’t even finish his thought before Ashley interrupts: “He’s lying about other things, obviously.” And in Dina’s room, Graham continues plying his charms on the older woman. “You know you can entrust any and all of your secrets to me,” he promises. “You must know that.” But as more and more information comes to light about Graham Bloodworth, he’s looking less and less trustworthy!

Everything You Need to Know About Dina Mergeron’s Past