It’s Christmas time in Genoa City, and in these spoilers from THE YOUNG & THE RESTLESS, the holidays may not be happy for everybody! Nick and Chelsea seem content, but Abby’s heart is breaking, and Nikki could wind up behind bars before the new year!

Nick is checking the presents under the tree when he turns to see Chelsea whip off her robe to reveal her sexy lingerie with a red ribbon wrapped around herself! Nick grins as he approaches to “unwrap” his gift. “You’ve been naughty,” he teases. Chelsea kisses him and responds: “You’ve been very, very nice.” But how long can this blissful happiness last?

At the Genoa City Athletic Club, Tessa enters with her guitar singing “Joy to the World” to a delighted crowd that includes, Jill, Esther, and the entire Ashby family. That’s right — Cane is standing between Mattie and Charlie, and Lily is with them. Could the holidays bring this fractured family back together again? 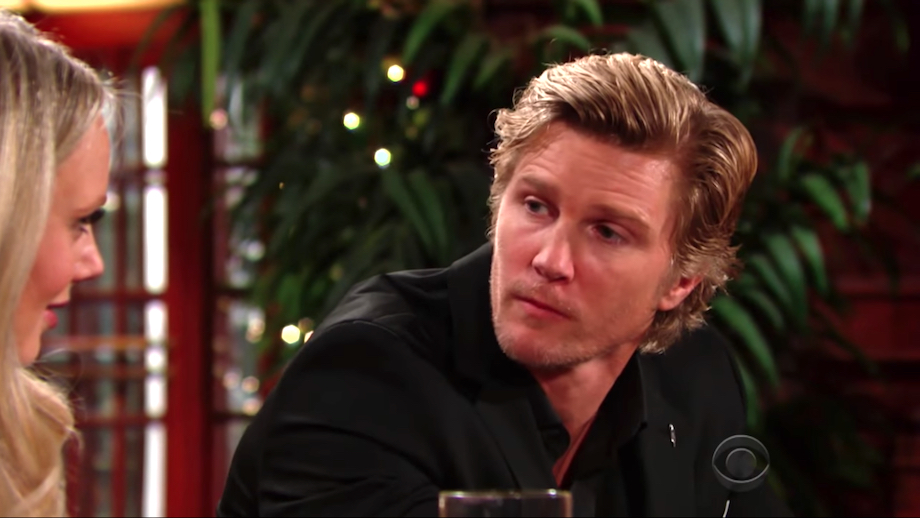 J.T. came back to Genoa City to investigate Victor’s finances, but it looks as though he’s finding time for other pursuits! Sitting next to him at the bar, Abby is confused by his proposal. “Are you asking me out on a date?” she asks, shocked. Is there something wrong with J.T. and Mac’s marriage?

Nikki has been freaking out ever since the error in Victor’s financial accounts was discovered, since she’s the one responsible for moving money from his personal account into an offshore bank! She’s come clean to Victoria, but now it looks as though Victor has found out what his ex-wife has been up to! “To prison,” he toasts from across a lavish dining table. Nikki sighs. “You figured out it was me,” she mutters. Will Victor send Nikki to prison for Christmas?

Check out this tease for the week to come, and for more Y&R previews, keep reading the CBS edition of Soaps In Depth magazine!