Victoria may have done something she’s going to regret in these spoilers from THE YOUNG & THE RESTLESS. And while she might want to keep it under wraps, the secret is already out!

At work, Billy remarks to Phyllis, “Just trying to get a hold of Victoria… guess she’s getting a jump start on the day.” But over at the GCAC, Hilary is already spreading around the juicy gossip about what Victoria has really been up to! “She spent the night with Benjamin Hochman,” Hilary reports to a stunned Jack. And as she wakes up in bed next to Ben, Victoria looks horrified at her own actions. She lays back down on the bed and rolls her eyes. What is up with her erratic behavior lately? And has she gotten herself into more trouble than she can get out of this time?

MUST SEE: Greg Rikaart is Back on Y&R! 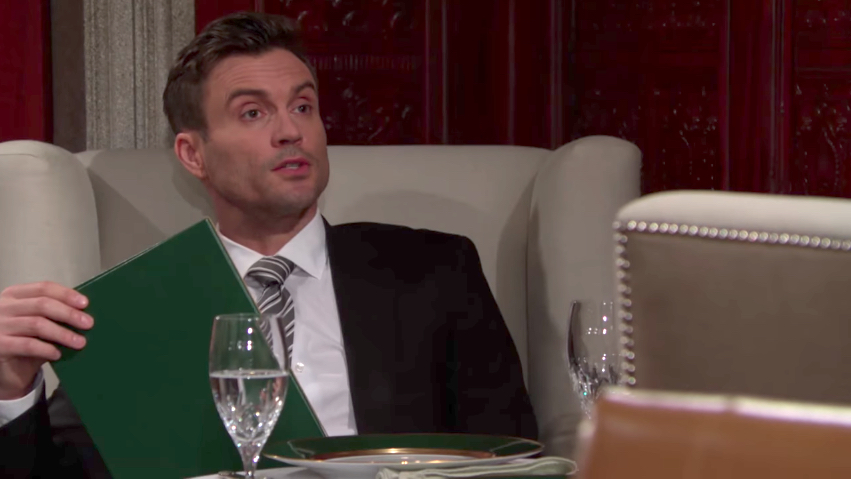 Cane tries to make the best of a bad situation. (Photo Credit: CBS)

Juliet tries to walk by by Cane’s table in the GCAC dining room, but he stops her. “It’s inevitable that we run into each other around here,” he declares. “So you might as well hear this from me.” Juliet stands before him, bracing herself for whatever comes next. Just what does Cane have to say to his babymama? Is he finally ready to confess his crimes to her as well?

Melissa Ordway Announces Her Pregnancy With the Cutest Family Photo