Father Todd will be paying another visit to Genoa City when Corbin Bernsen returns to THE YOUNG & THE RESTLESS on Monday, June 5, and Tuesday, June 6! (Keep an eye out for the CBS issue of Soaps In Depth on sale during that same time for an interview with Bernsen about his role in the new Starz series AMERICAN GODS!)

The last time Father Todd appeared was for Kevin and Chloe’s ill-fated wedding, so what brings Father Todd to town this time? Another wedding? A funeral? General Williams family drama? You’ll have to stay tuned to find out! And if you’re wondering who exactly this priest is and how he’s connected to the people in Genoa City, don’t worry — We’ve got the scoop on the character and his portrayer!

Bernsen is actually the real-life son of the late Y&R star Jeanne Cooper (Katherine). He has appeared in numerous films and television shows but is best known for his critically-acclaimed role as Arnie Becker on the hit NBC series L.A. LAW from 1986 to 1994. Shortly before that breakthrough role, Bernsen was appearing in daytime as Ken Graham on RYAN’S HOPE. And in 2004, he joined the cast of GENERAL HOSPITAL to play John Durant, an attorney who was revealed to be Carly’ biological father. 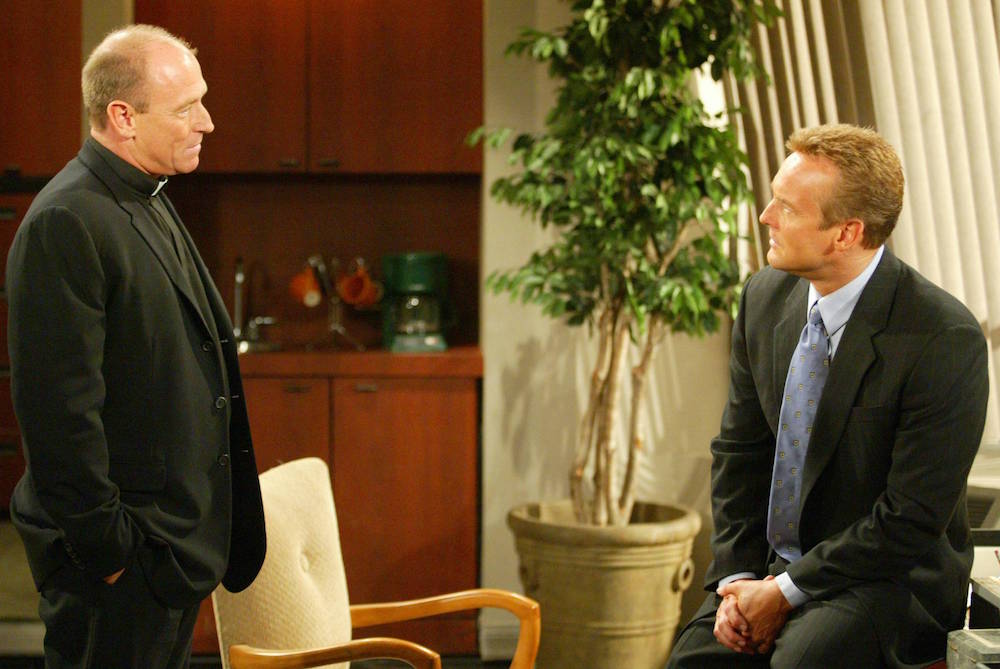 Bernsen with Doug Davidson (Paul) in a scene from 2003. (Photo Credit: Jesse Grant/JPI)

Bernsen made his first appearance as Father Todd Williams in September of 2003 when he was introduced as the son of Carl and Mary Williams, and brother to Paul, Steven and Patty. Todd came to Genoa City to help advise Paul on his troubled relationship with Christine following his ill-fated marriage to Isabella.

Over the years, Bernsen would continue to make occasional appearances as Father Todd on Y&R, returning for various big events. Some were sad, like Katherine’s memorial service or comforting his brother Paul when he underwent liver transplant surgery. But others were ostensibly happy, like officiating at the weddings of Jack and Patty as well as Kevin and Chloe. Of course, neither of those unions turned out particularly well, all things considered!

More recently, Bernsen has turned to producing, founding Home Theater Films, an independent production company that has been making films and television programs for the Christian market such as Beyond the Heavens and Christian Mingle.

MUST SEE: Y&R Recasts Lily and Cane’s Twins as Teens! 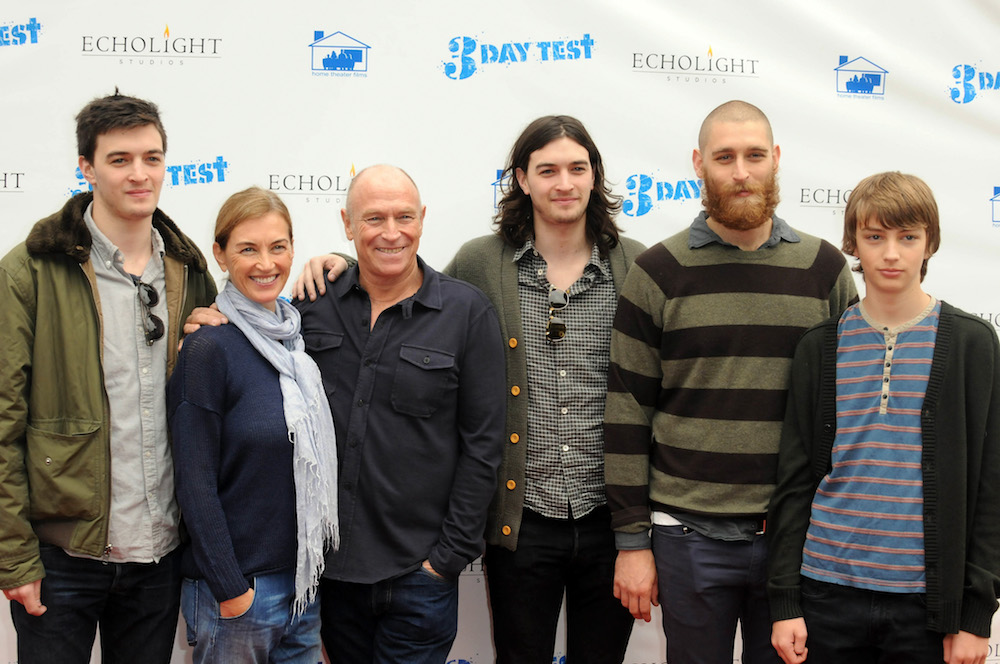 Bernsen has been married to British actress Amanda Pays since 1988, and they have four sons together: Oliver, Angus, Henry, and Finley.