Almost a week after video leaked of presidential candidate Donald Trump making vulgar comments about women on his way to tape a cameo on DAYS OF OUR LIVES, the actress featured in the tape, Arianne Zucker (Nicole), is breaking her silence.

She spoke exclusively to TODAY about the incident and finding herself swept up in a real-life scandal. “It feels very surreal to be in it,” she admitted to NBC’s Janet Shamlian.

Zucker confessed that she felt Trump’s salacious words were offensive, but unfortunately aren’t all that uncommon. “Not with that type of personality,” she said. “I wasn’t shocked.”

However she also added that at the time ACCESS HOLLYWOOD was taping the segment with Trump and host Billy Bush in 2005, she had no idea of what was spoken about before she joined the men. “When he came off the bus along with Mr. Trump, I had no feeling but professional,” the actress revealed. “That’s it.” 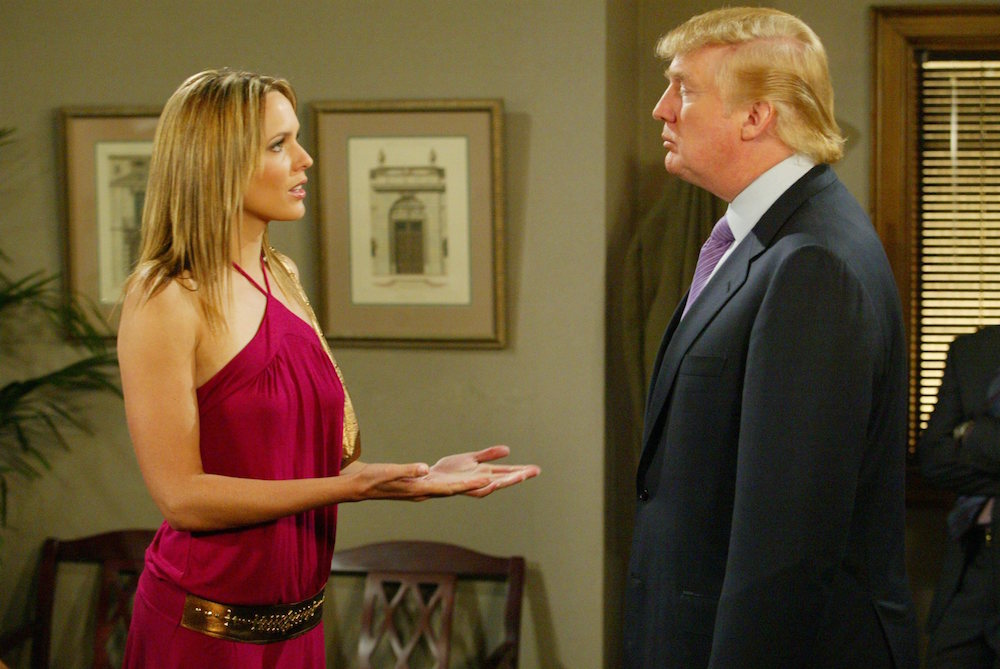 While eager to put the incident to rest, Zucker allows that it does give her the opportunity to try and use it to make a change for the better. “I want to teach my daughter that if she ever gets put in a situation like mommy is right now that she will hold her head high as well,” she declared. “And if she’s learned anything from it, how can she share this with other young girls or whoever is around her. Young boys, even. I think young men can learn from this. How not to be in front of women or when they’re speaking about women.