Although best known to soap fans for playing Dr. Craig Wesley on DAYS OF OUR LIVES, Kevin Spirtas promises that viewers will see a whole new side of him in his new series, AFTER FOREVER, which premieres on Amazon on Tuesday, April 14. “The roles that I’ve always been given, they’re leading men, don’t get me wrong,” he admitted to Soaps In Depth with a hearty chuckle, “but some of my leading men have been a little… Snidely Whiplash. I want to be a good guy. I want to be the one who’s on the hero’s journey.”

And as Brian, the lead character in AFTER FOREVER, Spirtas gets to do just that. “The story’s about two people coming together who have everything,” he previewed, “They have love, they have the greatest apartment, they have great friends, they have wonderful jobs. Nothing could be wrong. It was supposed to last forever, until one day… it didn’t. And then you watch these people and the people around them all have to deal with loss, love, and new beginnings.”

Spirtas not only stars in the series, but also co-created it along with former daytime writer Michael Slade, who has penned scripts for ANOTHER WORLD, ONE LIFE TO LIVE, DAYS, and PASSIONS. They also enlisted Emmy-winning director Jennifer Pepperman, who helmed episodes of OLTL and AS THE WORLD TURNS, to direct.

As a Broadway veteran of shows like A Chorus Line, Meet Me in St. Louis, Hairspray, and The Boy From Oz, Spirtas got a lot of stars from the stage to appear in AFTER FOREVER, including Michael Urie, Anita Gillette and Cady Huffman. Soap fans might remember Huffman as Dr. Paige Miller on OLTL. Also, ATWT fans will be able to see Colleen Zenk (Barbara) in there, too! “I won’t say where, I won’t say when,” Spirtas teases. “But Colleen appears and she brings it on!” 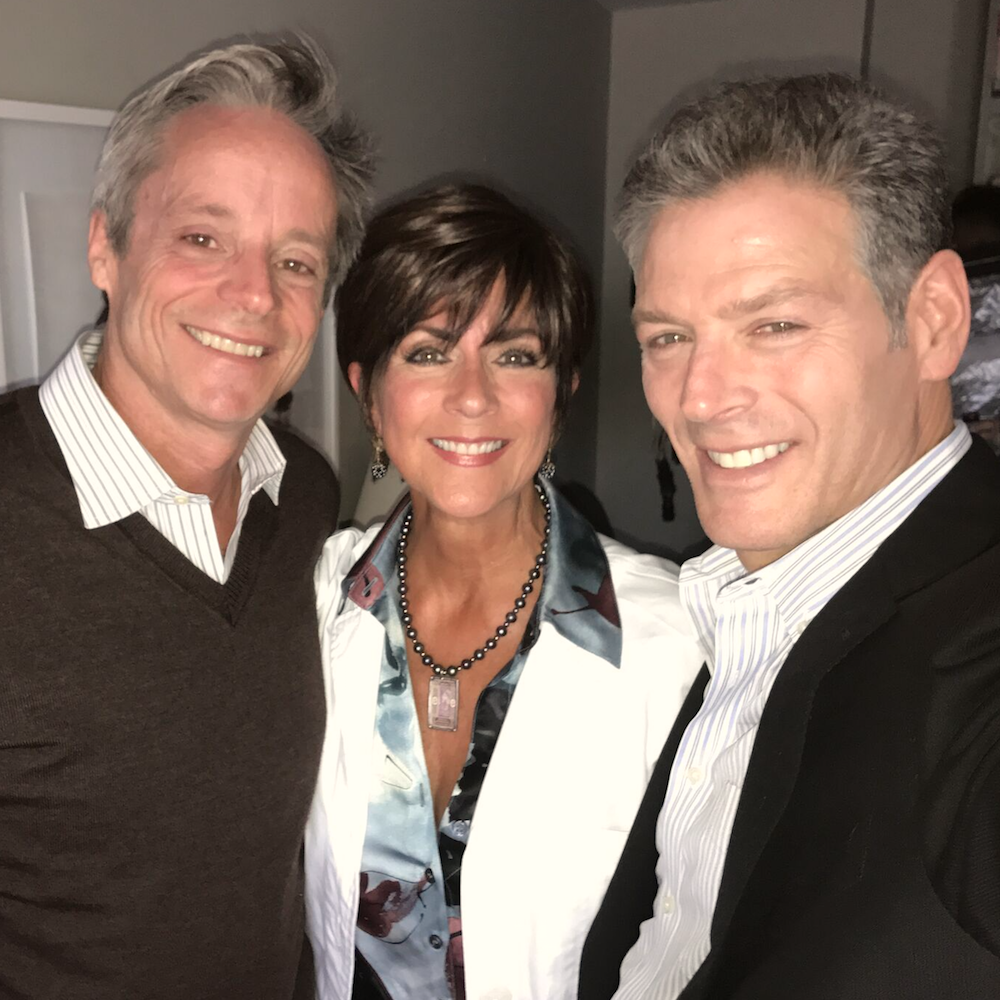 Spirtas was also thrilled to have lured Mitchell Anderson out of “retirement” to play Jason opposite his Brian. “He moved away from California with his husband and they went to Atlanta and he opened a restaurant,” the actor revealed. “I said to him, ‘Hey, I want you to read this, and I want you to read it with you in mind doing it.’ He read it and he called me back in like, two days and said, ‘When do we start? I’m on board.’ This is a person who I think is extremely talented, he’s easy on the eyes, he’s my age, and we have a connection already because we’re friends. So that fell into place beautifully because it shows so much on the screen.”

AFTER FOREVER is a series of eight episodes that run about 11 minutes each and is available on Amazon.com (free for Prime members!). “It’s hard to sit through 11 minutes and not go, ‘Oh, well, let me just see what the next one is,’” Spirtas jokes of binging the show like one long movie. He also urges fans to review it after they watch it. “Because that’s what Amazon is paying attention to,” he confided, adding that he and Slade have ideas for more episodes going forward. “There are stories that are already arced out for season two, three, and a little bit into four,” he revealed. “There’s a lot to tell you about this, I just can’t tell you about it!”