Salem explodes with drama in these spoilers from DAYS OF OUR LIVES! Even as Steve’s condition worsens, John’s twisted plan takes another deadly turn — just what is he doing, and why? Meanwhile, Lani’s decision to confess could destroy everyone’s lives!

At the hospital, Steve suddenly becomes dizzy and reaches out for the edge of the nurses station for support. But he tumbles to the floor, unconscious, and someone calls out: “He’s not breathing!” Can anything be done to save his life? John finds himself confronted by Will, who has learned the shocking truth from Paul. “You’re poisoning your partner,” Will announces. John sighs and pulls out a gun, aiming it directly at Will! “You know too much,” he growls, pulling back on the hammer. Just how far will John go to keep his plan a secret? 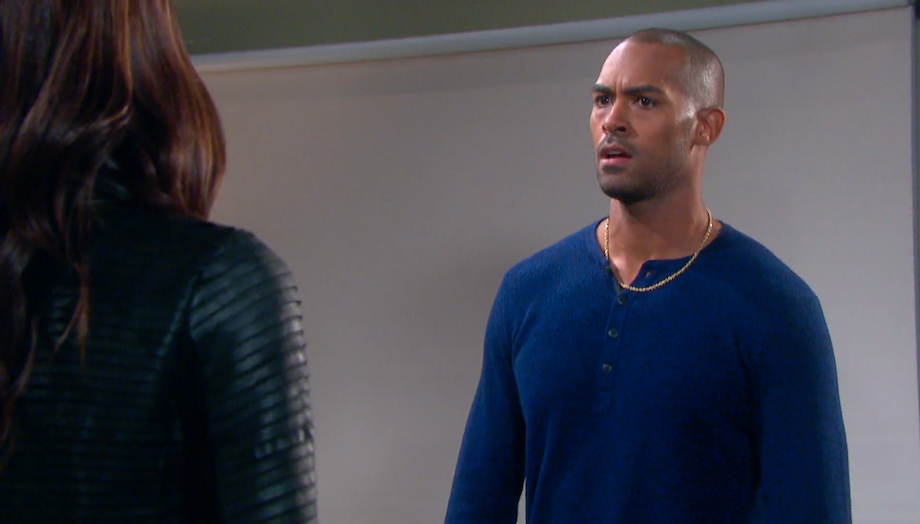 Gabi runs into JJ in the square as he holds two children’s bikes, one pink and one blue. He assures her that his recent depression is no longer an issue. “I’m going to be a dad,” he smiles. “I have a lot to live for.” But Lani’s next move could send JJ back into his downward spiral all over again! At the police station, a tearful Lani makes a shocking confession. “This baby, it’s not JJ’s,” she reveals to Eli. “It’s yours.” Eli’s eyes go wide and his jaw drops to the floor. Does she want him to be her baby’s father or will she ask him to keep her secret?

Who is Dr. Henry Shah on DAYS?