Lucas has hit rock bottom, but in these spoilers from DAYS OF OUR LIVES, a very special visitor might be able to help pull him back up. Could Will’s return inspire his father to turn his life around?

After Bonnie — who was impersonating Adrienne — dumped him for Justin, Lucas dove back into the bottle head first. The alcoholic found solace at the bar and eventually in the arms of the woman he believed to be Adrienne returning for one final fling. (Because Bonnie couldn’t resist bedding the guy!) Unfortunately, when Lucas awoke the next morning, he found himself in bed with Anjelica Deveraux’s corpse! But even after Chloe helped him cover up the crime, Lucas has been unable to get himself back on the right path. When Kate walks into the living room to find him pouring himself another drink, she tries to step in. “How do you think Will would feel if he were alive and he saw you right now,” she warns. 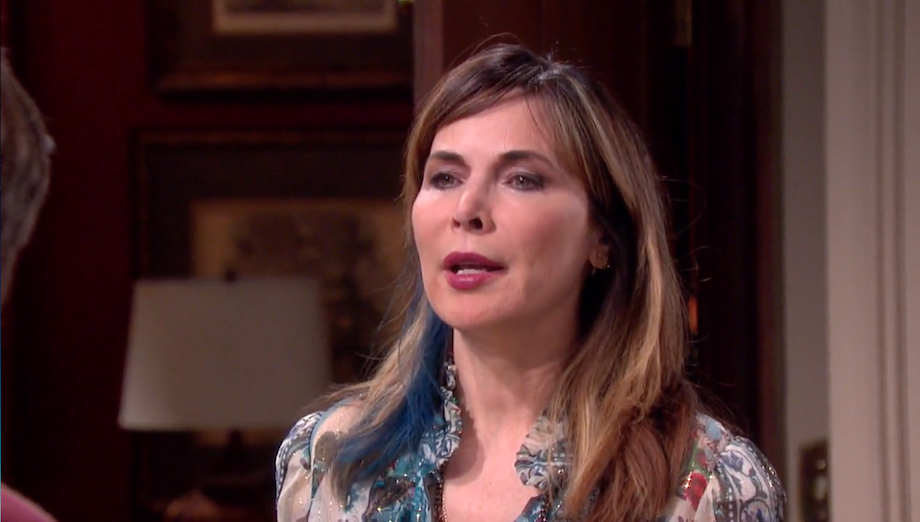 Unfortunately, Kate’s arguments fall on deaf ears and Lucas later finds himself in church. But he’s not praying for forgiveness or anything like that — nope, he pulls out a flask and takes a long, deep swig! “Why are you doing this to me?!” he screams. But a divine intervention could save Lucas’ soul as he turns around and sees his dead son Will entering the church. “Will, is that really you?” he asks, standing up and turning to face the young man so brutally murdered two years ago. Will smiles and says simply: “Hey, dad.”

Is Lucas seeing a vision of his dead son or is Will actually alive and returning to Salem to once again be with his family? Don’t miss this teaser or a single episode this week! And for more DAYS previews, keep reading Soaps In Depth magazine!