Every time anyone in Port Charles mentions Lucky Spencer, fans start wondering if Lucky is coming back to GENERAL HOSPITAL! And with Jonathan Jackson’s primetime series, NASHVILLE, having been canceled, many would love to see the soap lure him back to the role as they did with Steve Burton (Jason)! Jackson originated the role of Luke and Laura’s son back in 1993, and after he exited in 1999, Jacob Young took over in 2000. In 2003, the role was recast with Greg Vaughan, and then Jackson returned in 2009 for a couple more years. He reprised the role for a handful of episodes in 2015 when on-screen father Anthony Geary (Luke) retired from GH.

Lucky first appeared during Luke and Laura’s infamous return to Port Charles in 1993, having been on the run from Frank Smith for years. Luke’s dangerous lifestyle caused a young Lucky to be shot, but luckily, he recovered and the entire family was thrilled when Lesley Lu was born. However, Lucky was less thrilled to discover that his mother had another son, Nikolas, and the two brothers sparked a bitter rivalry. 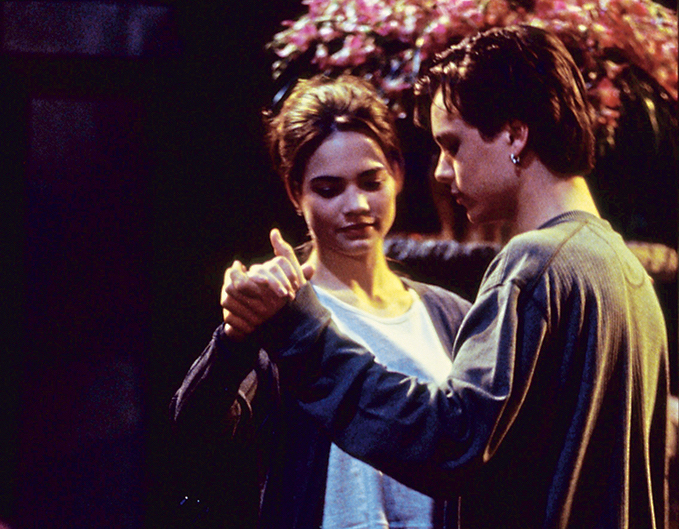 Lucky was stunned to find Elizabeth Webber in the park on Valentine’s Day after she had been raped, and immediately came to her aid. He promised to keep her safe and their relationship deepened as they worked together to find her rapist. Lucky’s world was shattered when Nikolas blurted out that Luke had raped Laura years ago before they were married, and he angrily confronted his father. He rented a room above Jason Morgan’s bike shop and Liz tried to get him to forgive his parents. The young lovers exchanged vows but their future was cut short when a fire broke out at the bike shop and Lucky was presumed dead!

For nearly a year, everyone believed Lucky had perished until Faison revealed that he was alive. Helena led Luke and Laura on a merry chase but when they finally located their son, Lucky was angry and violent. Eventually, Emily discovered that Lucky was under some kind of mind control, and Kevin helped Lucky free himself from Helena’s clutches. Upping the game, Helena used the Ice Princess diamond to hypnotize Lucky into trying to stab Jason, poison Lucas, and drug his own father! When Helena’s evil scheme reached its climax, Lucky was able to resist her programming by focusing on his love for Liz. 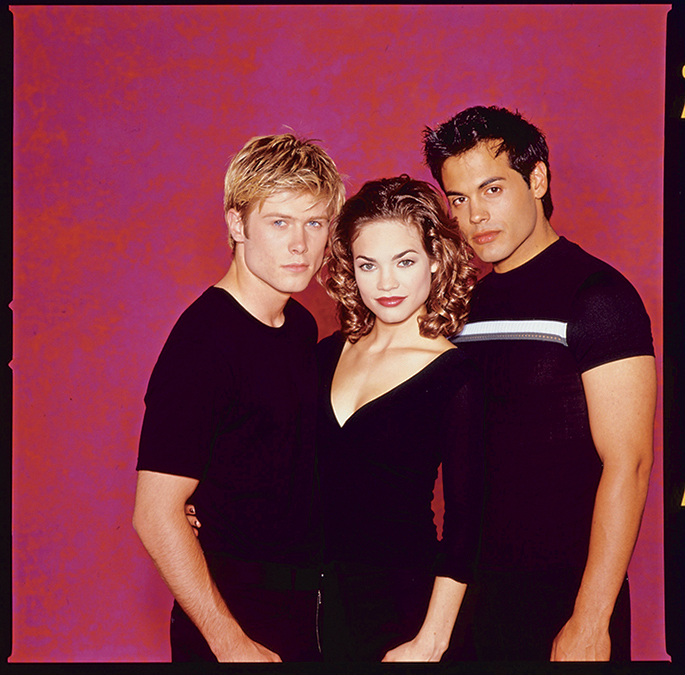 Jacob Young played Lucky when Liz was torn between him and Nikolas. (Photo Credit: Jeff Katz)

Lucky and Liz had some trouble finding happiness together, though. He had a fling with her sister, Sarah Webber, and later fell for a former prostitute named Summer. After Summer was tragically murdered, Lucky grew frustrated at the lack of progress in the investigation so he decided to become a cop himself! Luke wasn’t thrilled that his son was now a police officer, and Lucky tried to keep Port Charles safe (a big job for anyone!). Lucky and Liz finally resumed their romance, but her decision to act as a surrogate for Jax and Courtney caused some friction.

After he became addicted to painkillers, Lucky began an affair with Maxie Jones, who was supplying him the drugs. Liz walked in on them in bed together, and although she wanted to help him get sober, eventually walked out on their marriage. After losing his job and nearly causing Liz to miscarry, Lucky went to rehab. Wanting him back, Maxie faked being pregnant with Lucky’s baby, but the truth eventually came out. Unfortunately, after the birth of Liz’s son, Jake, Lucky became jealous of his wife’s closeness with Jason, and let Sam seduce him! 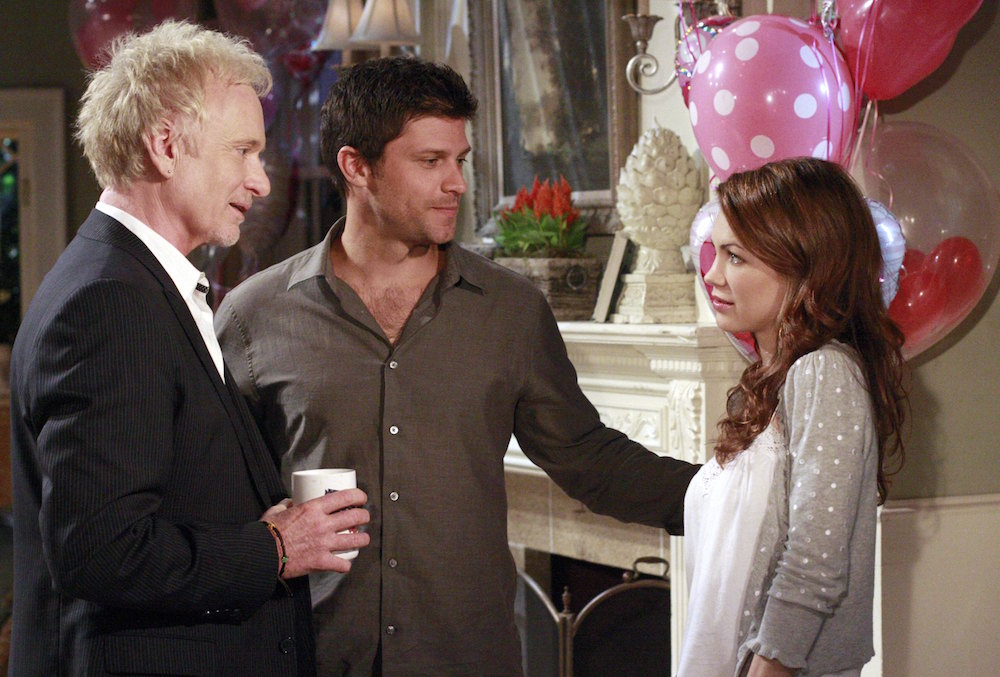 Lucky was devastated to learn that Jason was Jake’s real father, but agreed to keep the secret to protect the boy from Jason’s dangerous world. Having divorced Liz, Lucky began dating Sam, but she ultimately called it quits because she felt she couldn’t compete with his feelings for his ex-wife. But Liz and Lucky agreed they were better off as friends, and he began dating Emily’s look-alike, Rebecca Shaw. However, Liz and Lucky couldn’t resist the pull and eventually reunited.

Lucky was put out by the arrival of another half-brother, Ethan Lovett, who immediately bonded with their father, Luke. Discovering that Liz had been having an affair with Nikolas sent Lucky into a tailspin and he began drinking heavily. After Elizabeth revealed she was pregnant, Lucky promised to stand by her no matter who the father was but hoped it was Nik’s and felt their relationship was over.

Lucky felt he and Liz were better off apart. (Photo Credit: Howard Wise/jpistudios.com)

After Aiden’s birth, he was abducted by Franco, and Lucky managed to track him down, returning him to Liz and Nik. Jake was killed in a hit-and-run, and Lucky was devastated to learn Luke had been behind the wheel. He was thrilled to discover he was really Aiden’s father, but devastated when new girlfriend Siobhan McKenna was killed by Anthony Zacchara. Although Elizabeth wanted to reunite, Lucky pushed her away, not wanting to continue the vicious cycle. Eventually, he decided to leave Port Charles and go to Ireland to find himself.

In 2015, Luke and Laura joined forces to rescue a kidnapped Lucky from Frank Smith and learned that Jake was really alive. After bringing the boy home to Liz, Lucky mended fences with her and Luke. He left town again, believing his children were in good hands with Liz. In 2016, Lucky’s name came up when Lulu mentioned his work with refugees and orphans in Africa.

Could Lucky make another return to Port Charles? And will Jackson be playing him or will the role be recast again? In soaps, anything is possible, so stay tuned! And for more GH news, keep reading the ABC edition of Soaps In Depth magazine!