The search for answers in the Jason/Patient Six mystery has led to Cesar Faison, one of GENERAL HOSPITAL’s most legendary bad guys! As the man who shot Jason and dumped him of the docks, Faison definitely played a part in setting the tale in motion, but how involved is he with what happened next? Judging from the guy’s extensive criminal rap sheet, anything is possible!

Cesar Faison was introduced to GH in 1990 as Anna’s former employer at the DVX, and was played by actor Anders Hove. He had Felicia kidnapped and led Frisco Jones and Sean Donley on a chase through Paris. Obsessed with Anna, Faison threatened to reveal her shady past to her daughter, Robin, if she didn’t agree to marry him. Later, he poisoned Tiffany Hill and Susan Hornsby while mind controlling Anna and Robert, but was believed dead in an explosion. However, Faison resurfaced in 1999 as “Herr Kreig,” a jewel thief who had been secretly working with Luke Spencer. He joined forces with Helena to torment the Spencer family, but was again presumed dead when Helena blew up his boat! 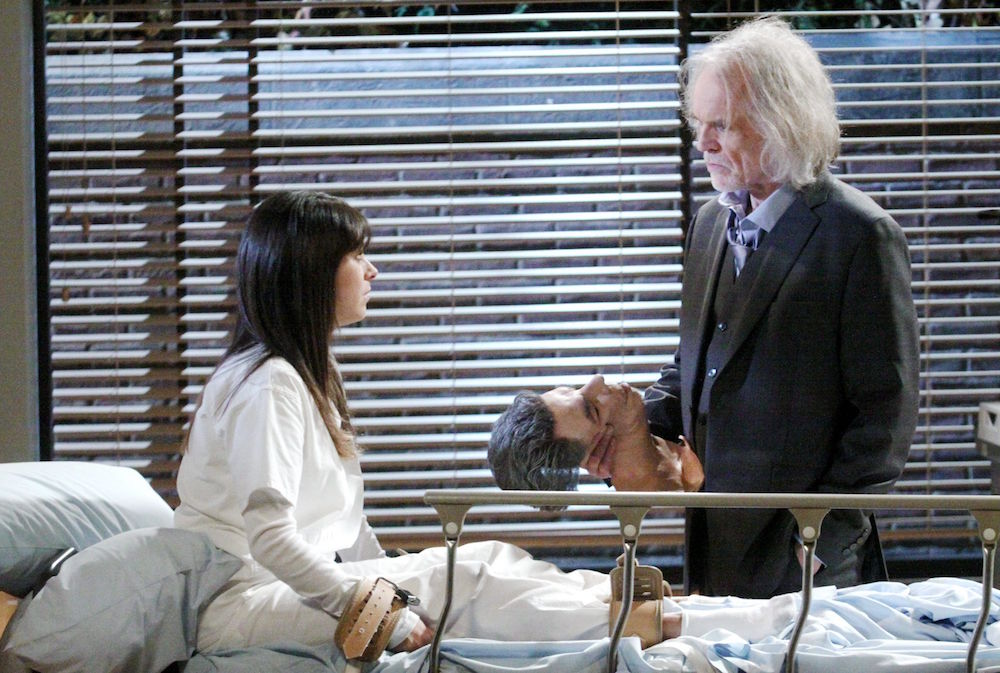 Robin awoke to quite a shock when Duke peeled off his face! (Photo Credit: Paul Skipper/jpistudios.com)

In 2012, it appeared that Duke Lavery was plotting to steal Sonny’s fortune and shot Jason in the back before pushing his body into the harbor. But when Robin, who was being held captive in a Swiss hospital, began to realize that Duke wasn’t acting right, he revealed that he was actually Faison in an elaborate mask! Disguised as Duke, the villain was finally able to get close to Anna, who was absolutely horrified when she eventually discovered who she had really been kissing!

Dr. Leisl Obrecht arrived in Port Charles and revealed that Faison is the father of her daughter, Dr. Britt Westbourne. After Britt gave birth, Obrecht broke Faison out of prison so they could take their grandson away. After the infant was safely rescued, Robert had to talk Anna out of killing Faison to put an end to his reign of terror once and for all. While they let everyone believe the villain was dead, they’d actually imprisoned him on Spoon Island. Obrecht was thrilled to be reunited with him, and he claimed to finally be over his obsession with Anna. 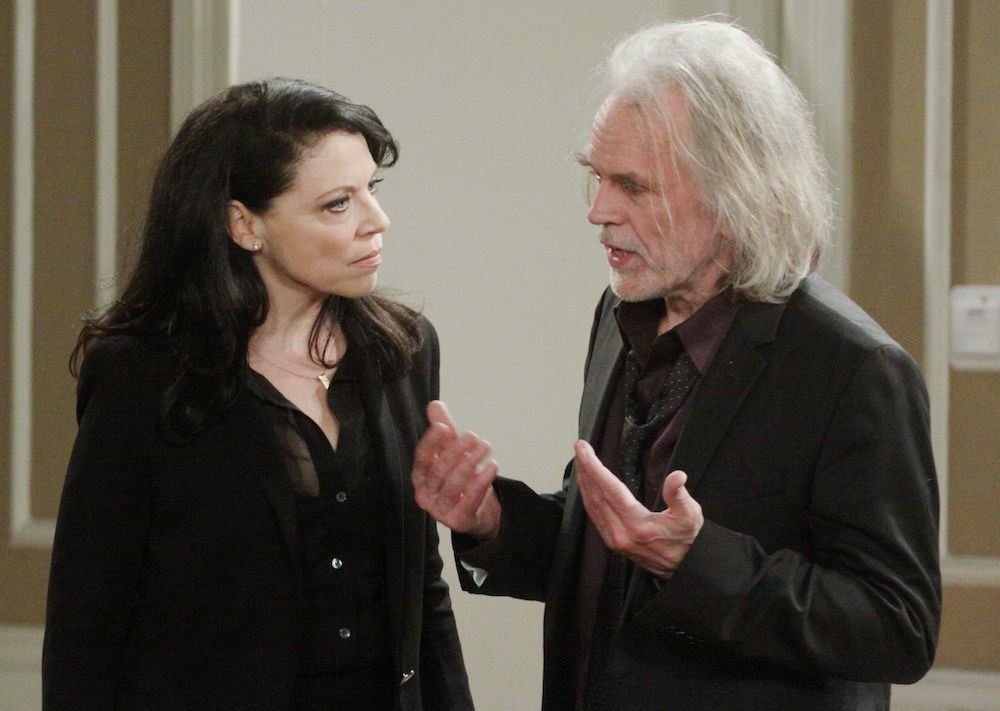 Obrecht was as obsessed with Faison as he was with Anna! (Photo Credit: Paul Skipper/jpistudios.com)

Faison also later masqueraded as Luke Spencer and tried to kill Julian Jerome, but was arrested. As he was being transported to Pentonville, his transport was attacked by Helena’s men. The Cassadine had arranged for Faison to be able to go on the run with his family, but Obrecht chose to stay in Port Charles with her son, Nathan, who had been shot. So Faison and Britt left town by themselves.

More recently, as she was digging for dirt on Valentin Cassadine, Anna questioned Obrecht, hoping she or Faison might know something. While Obrecht refused to help, insisting on immunity for Faison and Britt so they could return to Port Charles, she later secretly called her lover to ask him about Valentin. Now, it seems that Faison’s attempted murder of Jason set into motion a chain of events that no one can quite piece together.

Could the villain hold the key that solves the mystery? Will Hove reprise his role in another surprise return to the soap? Stay tuned to find out! And for more GH news, keep reading the ABC edition of Soaps In Depth magazine!