With the news that Michael Sutton will be returning as Stone Cates to GENERAL HOSPITAL, some newer fans of the soap may be wondering just who this character is and why longtime viewers are so excited to see him again. Well, we’re here to explain everything!

Michael “Stone” Cates was the younger brother of Jagger Cates, and first appeared on GH in 1993 when he helped Karen Wexler at a party after someone slipped something into her drink. But Karen was stripping at Sonny’s club, and he started seeing her and she became hooked on drugs. After reconnecting with his little brother, Jagger became a cop, married Karen, and they left town. Stone lived with Sonny, who considered him like a member of the family.

Stone began dating Robin Scorpio, much to the displeasure of her uncle, Mac, who didn’t think he was good enough for her. After Stone told Robin he had been tested and was HIV-negative, the couple made love for the first time. But when Stone fell ill again, he got tested once more and learned he was HIV-positive. When Stone got shot, his blood got on Robin and he panicked and took off. She found him in the motel where they had made love, and he confessed that he had contracted HIV from a former girlfriend who was a drug addict.

Alan Quartermaine ran new tests and while Robin’s came back negative for HIV, Stone now had full-blown AIDS. Alan started the young man on drug therapy, and while Mac was initially furious, he came to care for Stone and even saved his life when he had a seizure. Sadly, when Robin was tested again, she learned she was now HIV-positive.

As his condition worsened, Robin cared for Stone at Sonny’s penthouse, and just before the end, his eyesight was failing. But he asked Robin to stand by the window and he was able to see her one last time in the light before he died. Sonny, Brenda, and Robin had Stone cremated and threw his ashes over the bridge where he had gone bungie jumping as part of his bucket list. 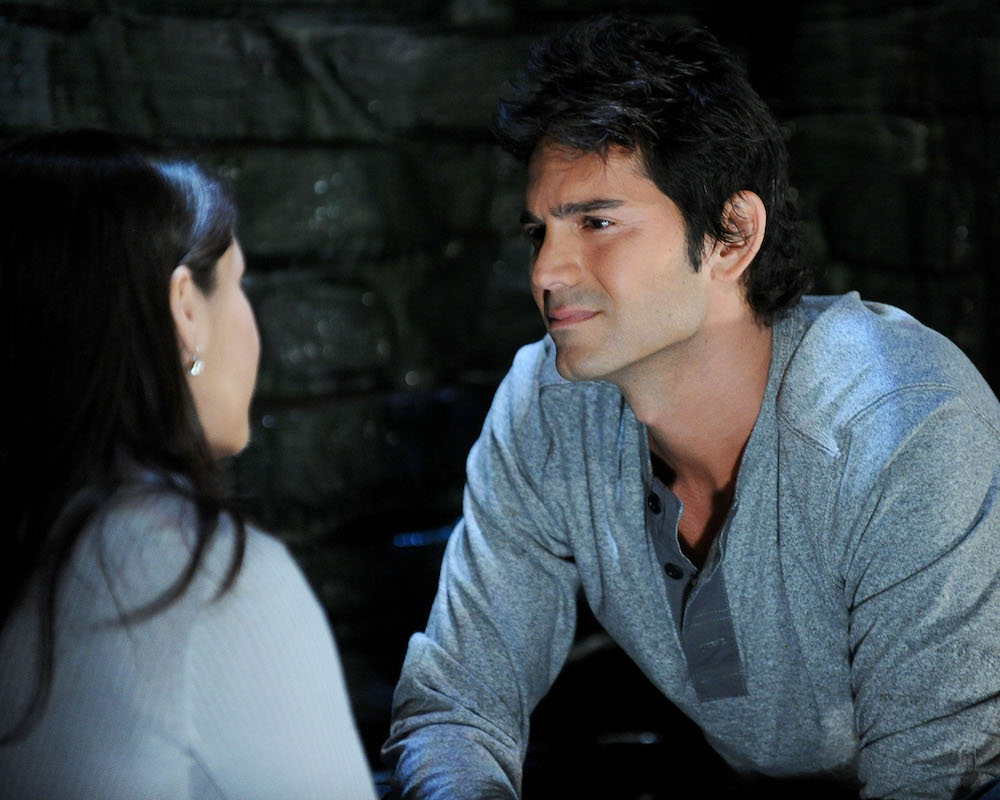 A year after Stone’s death, Sonny lost his wife, Lily, and donated her inheritance to General Hospital to open the Stone Cates Memorial AIDS Wing. He also named his son Morgan Stone Corinthos after Jason and Stone. Jagger also had a son who he named Stone. In 2010, Robin was kidnapped by Dr. Lisa Niles and held in a well where a vision of Stone appeared to her urging her to fight for her life and never give up.

Now Stone is doing the same once more, visiting Sonny as he lies near death in the Aug. 1 episode of GH. But is he there to help Sonny fight to survive or escort him to the other side?

The Truth Behind Sam’s Life-Changing Diagnosis on GH