Shock follows shock in these spoilers from THE BOLD & THE BEAUTIFUL! Liam is delighted by his wife’s pregnancy news, but Steffy is decidedly less-than-thrilled! Plus, as gossip about Ridge spreads through the Forrester offices like wildfire, his future could be in jeopardy!

Liam was stunned to arrive at Steffy’s doctor’s appointment and learn from the physician that she was pregnant. “I’m gonna be a dad?!” he exclaims, still trying to process the amazing news. However, Steffy is on the verge of tears, shaking her head in disbelief. “I didn’t really know,” she stammers. “I didn’t think this would ever happen for us. Ever.” But Liam is thrilled. “And yet, it’s happening,” he gasps. However, there’s still the question of who’s baby Steffy is carrying — and if it’s Bill’s, the Spencer family is going to implode! 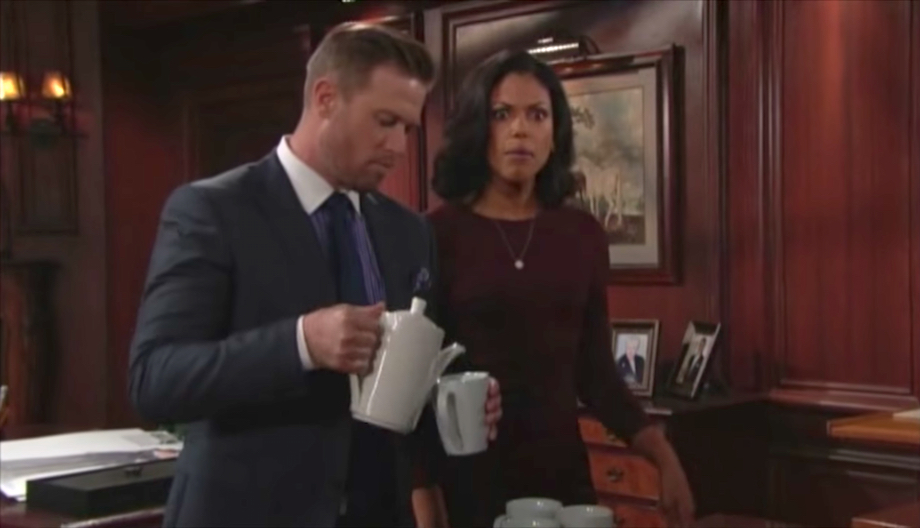 Since returning to Los Angeles, Thorne has made no secret of the fact that he wants to take Ridge down more than a few pegs. So when he learned that his big brother had cheated on Brooke with his father’s wife, that proved a deadly piece of ammunition to use against him. And now that the scandalous secret is being spread around the Forrester offices, Thorne may get his wish! “I cannot believe,” Maya exclaims to Rick, “that Ridge would betray Brooke with Quinn!” Will Thorne get other Forresters on his side in his war against Ridge?

Stars Reveal Their Favorite Scenes of 2017

Scott Clifton Has Been Taking the Best Selfies With B&B’s New Hope!