The plot thickens in these spoilers from THE BOLD & THE BEAUTIFUL. As Bill continues to weave his web of lies in order to destroy Spectra, Brooke remains worried about what Sheila has up her sleeve!

At the Forrester offices, Brooke confides her fears that Sheila remains the leopard who will never be able to change their spots. “Sheila claims to be getting better, but I don’t really believe it,” she remarks. “She’s still playing the victim. She can’t be trusted.” And considering the vicious catfight Sheila got into with Quinn that left her unconscious and bleeding, it looks like Sheila has once again found herself the victim. Will Eric go rushing to her aid?

MUST SEE: Everything You Need to Know About Sheila’s Shady Past! 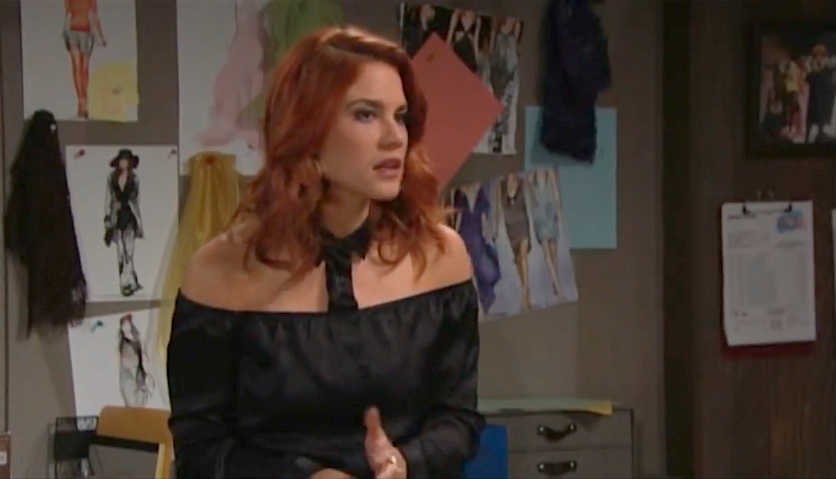 Sally still has faith in her man! (Photo Credit: CBS)

MUST SEE: The Dramatic History of B&B’s Caroline

Meanwhile, Bill remains confident that his lie that Caroline is dying will turn out for the best for everyone. “I think Steffy will appreciate my efforts to keep Sally out of her brother’s life,” he tells Justin. But Thomas will definitely not appreciate being lied to and led to believe Caroline is dying!

At Spectra, Saul tries to boost Sally’s flagging spirits by reminding his boss that he has always had faith in her and he always will. Might Saul take advantage of Thomas’ absence to make a play for the redhead himself? For her part, Sally continues to defend Thomas’ choice to go to New York with Caroline and their son. “He’s a father,” she reminds. “His responsibilities with his son come before anything else.”