Sally and Liam grow closer than ever before on their flight to San Francisco in these spoilers from THE BOLD & THE BEAUTIFUL. But meanwhile, Liam’s wife is back home in Los Angeles where she may wind up being a big part of Bill’s plan to take revenge on his son!

Still reeling from Liam’s revelation that the fire at Spectra Fashions wasn’t an accident and that Bill had, in fact, arranged for the offices to be torched, Sally remains grateful to Liam for everything he’s done for her. “You put a lot on the line to defend me,” she admits, “and I really don’t know how I can thank you enough.” Sally’s Aunt Shirley would certainly have some suggestions on how the lovely young designer could express her gratitude to her knight in shining armor, but Sally is hesitant to act on any of her burgeoning feelings because Liam is married. “I just hope Steffy knows how lucky she is to have a husband like you,” Sally smiles. 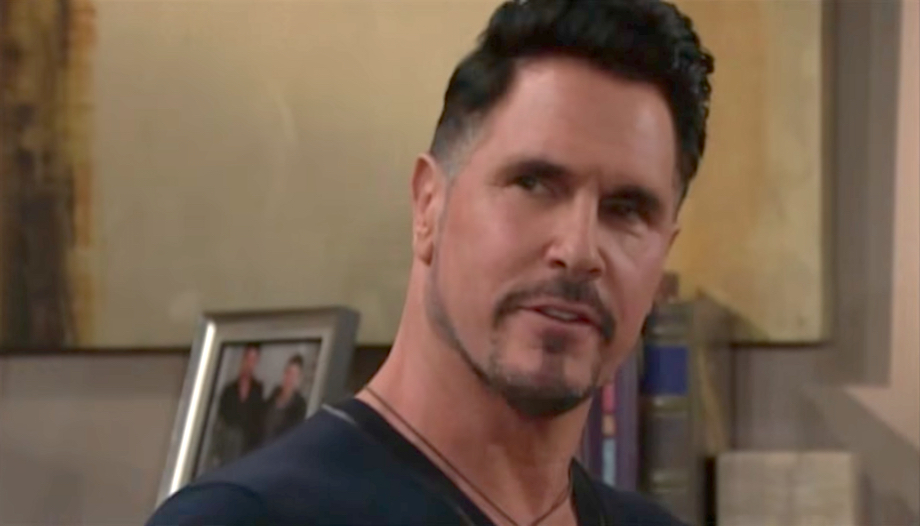 Bill is ready to fight back! (Photo Credit: CBS)

Although upset that her husband has flown to San Francisco with Sally on business, Steffy continues trying to defend Liam, but Bill isn’t having any of it. “My own self-righteous Boy Scout of a son could ruin my life!” he barks. Tears in her eyes, Steffy looks away as Bill rages on. Eventually she’s going to have to pick a side, and unfortunately for Liam, Steffy seems to be leaning more towards his dad!

TODAY: Sally recognizes that Liam has sacrificed a lot to help her. #BoldandBeautiful pic.twitter.com/OfB5WPQ81G