Steffy hasn’t given up on Liam in these THE BOLD & THE BEAUTIFUL spoilers, but has he truly given up on her? And can Katie stop Wyatt from telling the truth even as Ridge attempts to get Brooke to see what’s really going on here?

Following their doctor’s appointment where they learned that their daughter is healthy, Liam was touched when Steffy suggested that they name her after his late mother, Kelly Hopkins. But having returned with her to the cliff house, Liam is uncomfortable yet again. “I don’t think I can be here,” he confesses, “knowing that my dad was just here.” Still swearing up and down that there is nothing at all going on between her and Bill, Steffy makes her feelings crystal clear. “You’re the only man in my life, Liam,” she declares. “I love you.” But can she make him see sense? 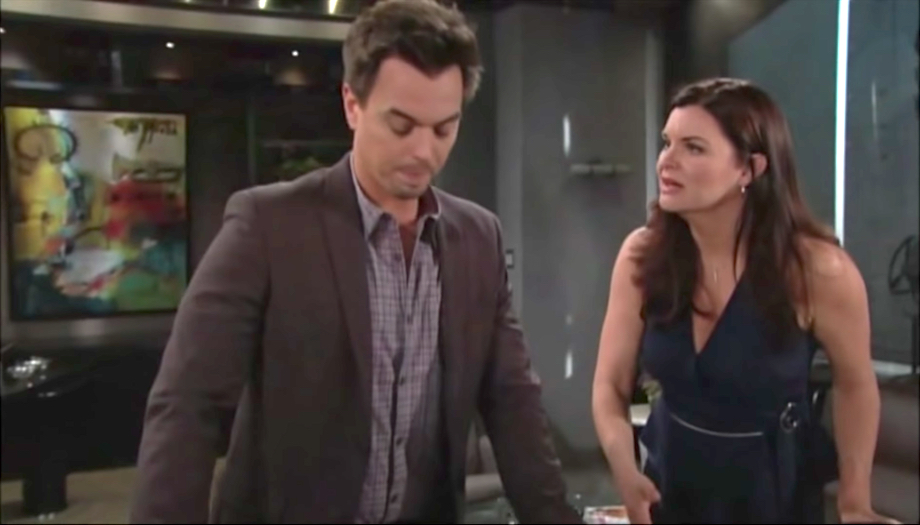 Can Katie keep Wyatt from throwing everything away? (Photo Credit: CBS)

At Spencer Publications, Wyatt is being eaten alive by the guilt of keeping Bill’s lie from his brother, and Katie is desperate to make him see that if he keeps quiet that Steffy and Bill aren’t really together, then Liam gets to live happily ever after with Hope, and he gets to live happily ever after as the Spencer heir. “I think what Bill is doing is despicable!” she admits. “But this is not just about Bill.”

And over at their home, Ridge continues to try and get Brooke to realize that Hope hasn’t won Liam honestly. “Liam is being played!” he insists. But will Brooke agree that her daughter’s upcoming nuptials are being based on a lie, or will she stand by Hope’s side?

Bill and Steffy’s Torrid Past Exposed!