Dina’s life hangs in the balance, and the Abbott family is closing ranks in these spoilers for THE YOUNG & THE RESTLESS, which means bad news for Graham. Unfortunately, the Newman family remains in tatters, although Victor thinks he has the perfect solution to bring them all back together again!

At the hospital waiting for news on Dina’s condition, the tension is already high for Jack, Ashley, and Traci. And Graham’s presence isn’t helping one bit, especially when he continues to needle Ashley about not actually being an Abbott. “Your father is pathetic!” Graham declares, pointing his finger in Ashley’s face. “A loser! Just like his illegitimate daughter is today!” Fed up, Ashley lunges at him screaming: “You son of a bitch!” as Traci and Jack desperately try to pull them apart! Has Graham finally gotten the revenge he so desires, or is there still more pain left for him to inflict on the Abbotts? 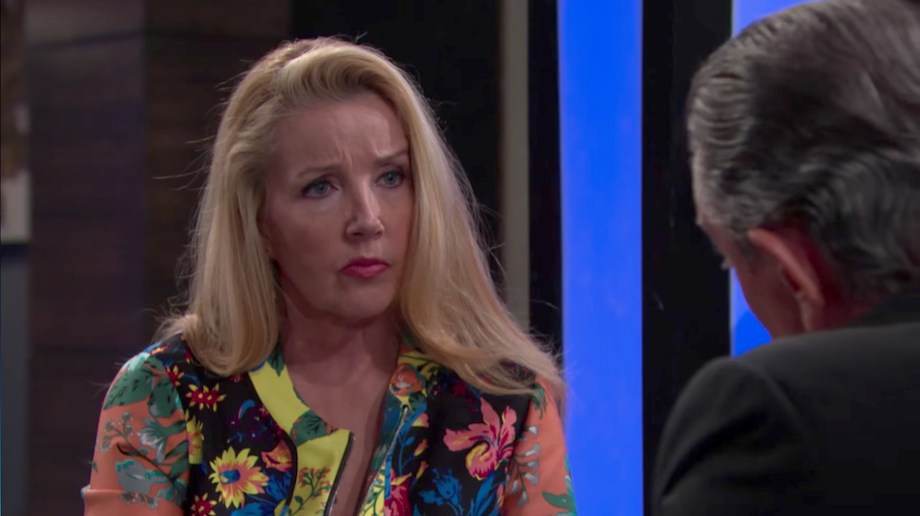 Nikki doesn’t look like she can’t believe Victor would even suggest such a thing! (Photo Credit: CBS)

The Newman family has been in disarray ever since Nikki left Victor and Nick physically fought with his father before distancing himself from him completely. But Victor thinks he knows just how to bring everyone back together again. “If you want our family to be whole again,” he suggests to Nikki, “you move back to the ranch.” But why in the world would Nikki ever agree to such a thing?

Meanwhile, news of Nick’s overly-generous donation continues to spread around Genoa City. He thought he was doing the right thing giving away the money he received from the lawsuit against Victor to charity, but nobody else seems to agree! “Dad,” asks a stunned Noah. “What were you thinking?”

Michael Muhney Appears on THE GOOD DOCTOR Next Week!