It seems like everybody in Genoa City is getting some bad news in these spoilers from THE YOUNG & THE RESTLESS. Cane worries about his infant son, Dina continues to lash out, and Ashley battles with Gloria!

At Crimson Lights, Lily is startled when Cane gets off his phone and suddenly leaps out of his seat. “What’s wrong?” she asks. Cane grabs his coat off the hook and tosses it over his arm as he turns to leave. “Sam’s doctor,” he reports frantically. “He needs to see me. It sounds serious.” Juliet died giving birth to their premature baby — might Cane lose his son, too? And despite everything that’s happened between them, will Lily put aside their differences to offer Cane a shoulder to lean on in his time of need? 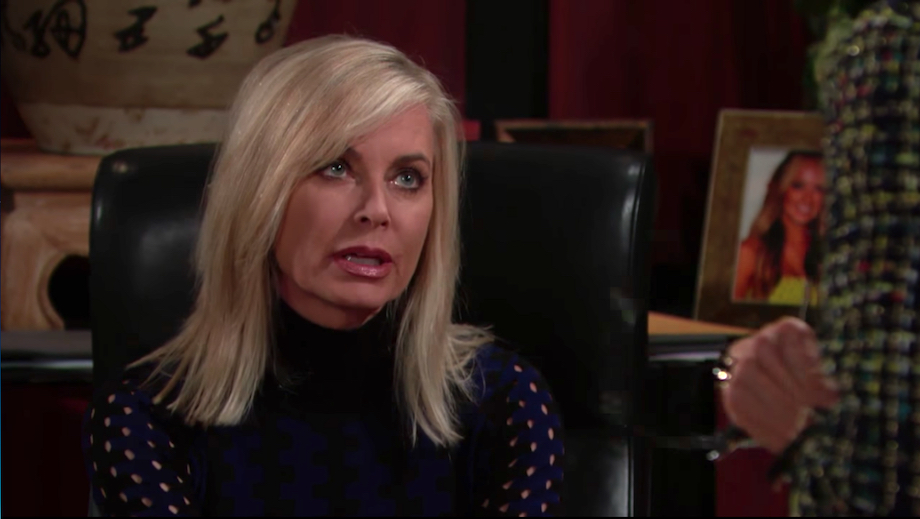 At the Abbott home, Jack is struggling to get the house into a seasonal mood, decorating the house as well as an enormous Christmas tree. “I am trying to make things a little festive around here,” he grumbles, frustrated. But Dina waves him away. “Frankly,” she spits, “I could care less!”

Meanwhile, at the Jabot offices, Ashley finds herself butting heads with Gloria as she tries to take care of business while Jack is at home taking care of their mother. ‘I’m in charge,” Ash warns Gloria. “Deal with it.” Will she obey Ashley as she has Jack? Or will she fight back and make trouble? (Come on — this is Gloria we’re talking about, here!)

Sharon Case Would Love to See Nick and Sharon Reconnect