Brace yourself for some dramatic confrontations in these spoilers from THE YOUNG & THE RESTLESS! As Jordan plots to get back at Hilary, Victoria makes a move Abby may not appreciate, and Nikki confronts Tessa!

Furious that Hilary broke into his room to steal the evidence that exposed his secret past as a con artist, Jordan has been looking for the opportunity to take his revenge, and now it looks like he’s done just that! “I left something for you to remember me by,” he taunts her in the restaurant. Hilary stands her ground and snarkily asks: “What does that mean?” Jordan just grins happily and responds, “Stay tuned.” Just how much should Hilary brace herself for what’s coming? And can she repair whatever damage Jordan is about to do to her life? 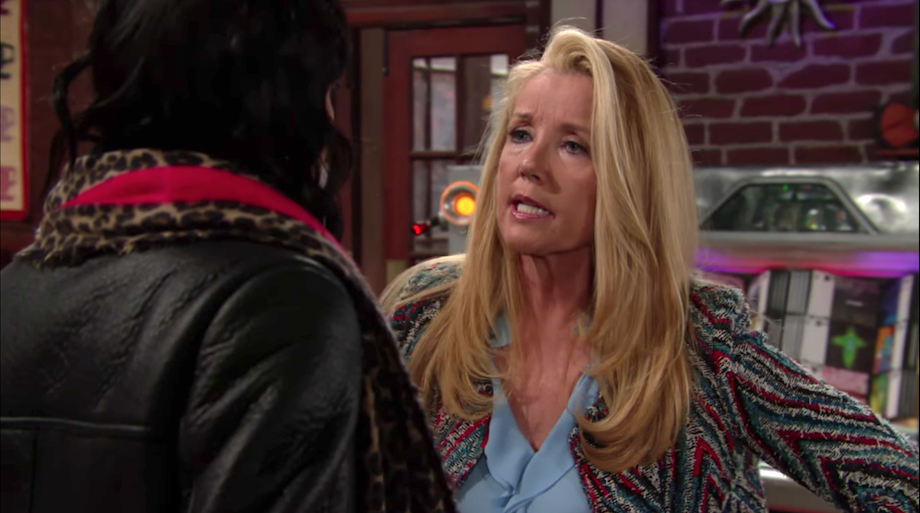 With Newman Enterprises on shaky ground following the scandal with Abby and Zack’s DesignDate app and Zack’s subsequent outing as the leader of a sex ring followed by his violent death, Victor and Victoria put their heads together and she outlines her plan of attack. “So this is the stand you think the company should take?” Victor wonders aloud. Victoria replies: “Of course.” But Victor remains wary, warning his daughter, “I don’t think Abby will see it that way.”

Meanwhile, over at Crimson Lights, Nikki finishes speaking with Paul before approaching Tessa. “Didn’t want to interrupt you and Chief Williams,” the young woman smiles nervously. Nikki glowers at the girl she invited into her home. “He and I are done,” she cautions. “You and I are just getting started.”

Thad Luckinbill Is Back on Set at Y&R