Valentine’s Day isn’t looking particularly romantic for some Genoa City couples in these spoilers from THE YOUNG & THE RESTLESS!

Cane and Lily’s lovely Valentine’s dinner is completely spoiled when he can’t stop talking about business, specifically losing out on owning Brash & Sassy. When Lily complains that shop talk isn’t particularly romantic, she wonders why he’s so obsessed with the business. “It’s because it means something to me!” Cane argues. Lily is aghast. “What,” she asks, “does it mean more to you than our anniversary?” Can she get the night back on the right track, or has Cane ruined everything? 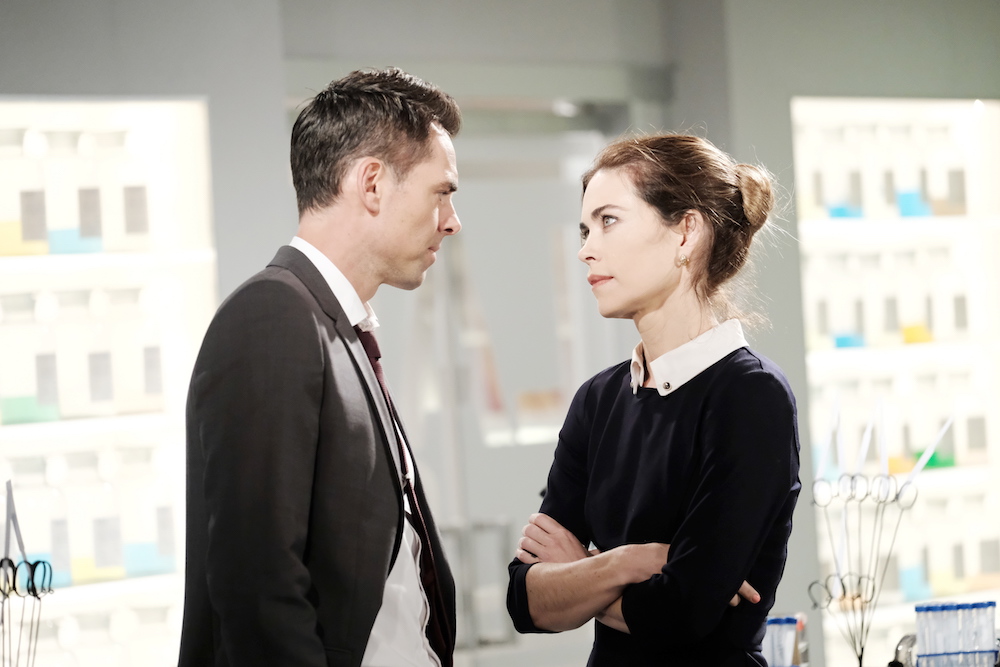 Billy keeps trying to get through to Victoria. (Photo Credit: ChrisD/jpistudios.com)

MUST SEE: The Stars of CBS Daytime Come Together for Epic Photo Shoot!

As Victoria prepares to head home from the Brash & Sassy lab, Billy reaches out to stop her. “Valentine’s Day is not over yet,” he offers. “I could drive you home.” Victoria stops and looks back at her ex-husband. After deflecting his attempted kiss, will she allow him to take her home knowing what that could lead to?

Jill’s continued attempts to buy Jack out of Fenmore’s no matter what the cost is causing her nothing but aggravation. “I have been disrespected and disregarded,” she complains. “And I’m putting an end to it, whatever it takes!” But how far is she willing to go to beat Jack at his own game? Is she ready to go broke to achieve victory?