The truth is going come out one way or the other in these spoilers from THE YOUNG & THE RESTLESS!

Having discovered the dart gun and a wrench in the bag that Chloe attempted to dispose of, Nick is desperate to find out exactly what happened the day Adam died in the explosion and what Chloe had to do with it. Seeking advice, he leans on Sharon, who urges him to go to the police. “Paul is your best bet,” she insists. “If you want the truth, that’s the only way.” But will Nick agree to go through official channels or will he try to take the law into his own hands to solve the mystery of his brother’s death?

MUST SEE: Julie Chen to Make Appearance on Y&R! 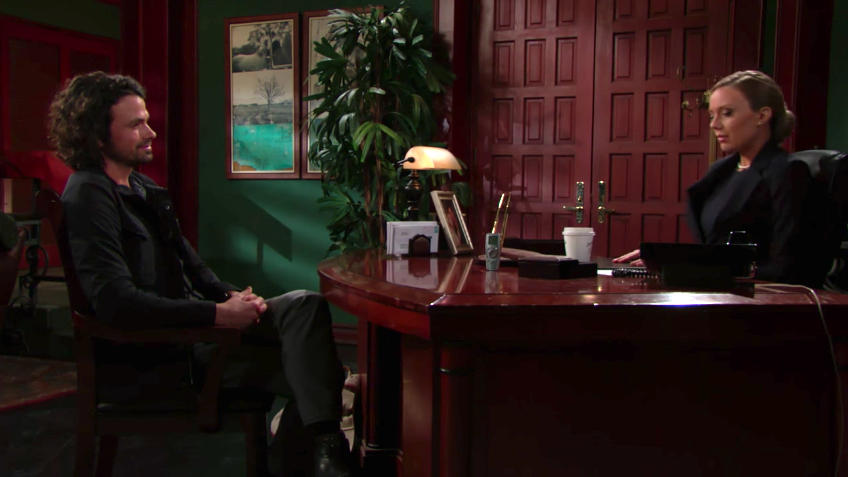 Scott tries to get Abby to open up to him. (Photo Credit: CBS)

MUST SEE: Did Chloe Kill Adam on Y&R?

Scott pays a visit to Newman Enterprises to interview Abby for his book about Victor, and she’s clearly very nervous about spilling any secrets that might make her father look bad. However, she does admit, “Honestly, I feel like I’m on the outside. And I’ll never fully be accepted by either side.” Can she ever find the balance between her Newman and Abbott halves?

Meanwhile, over at the Brash & Sassy offices, Victor has a sit down with Victoria and she actually gives her father some advice for a change! “You don’t have to feel obligated to give her a role in the company just because she’s your daughter,” she declares. Is Victoria trying to sabotage her sister? And to what end?