A shocking act of violence will change everything in these spoilers for THE YOUNG & THE RESTLESS! Even as Victor desperately tries to reveal that J.T. was the one who almost killed him, Victoria fears that Nikki has killed J.T.!

At the hospital, Nick promises his father that he will figure out who put him in the hospital. “I’ll just call J.T.,” he assures Victor. “I’ll go straight to the source.” But The Mustache groans frantically as he struggles to express that J.T. doesn’t just know what really happened — he’s the one who actually pushed him down the stairs! But still unable to speak, Victor’s frustration is growing!

Meanwhile, over at Victoria’s house, Mariah has woken up from her drunken nap and knocks on the bedroom door. “Are you guys in there?” she calls out. “Mom?” Inside, Sharon frantically responds that they’re in there, but with Victoria, Phyllis, and Nikki standing over J.T.’s comatose body, they’re freaking out wondering what to do now! 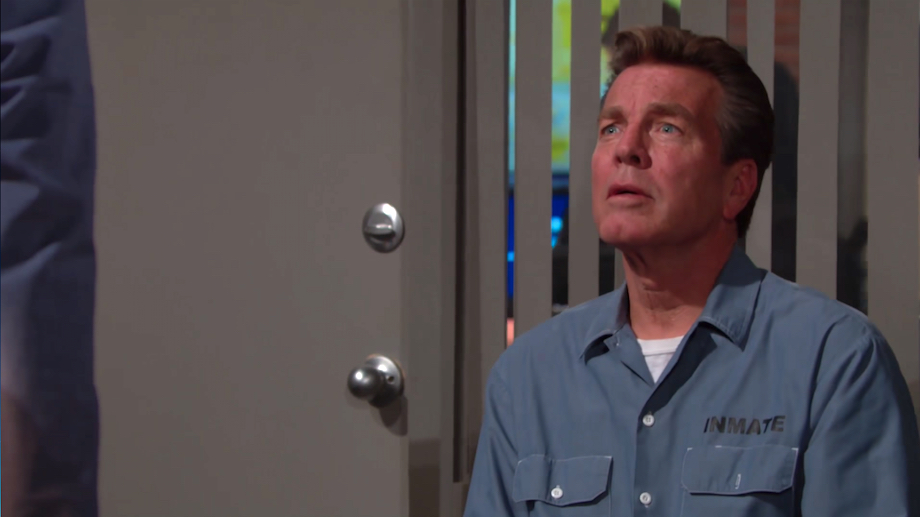 Christine has news for Jack, but is it good or bad? (Photo Credit: CBS)

At the police station, Jack gets an update on his case. “I have some news,” Christine informs him. “And I thought you should hear it from me, personally.” Have they finally found evidence that clears Jack of the attempted murder charges against Victor?

Then, Victoria is in her car sitting in the dark as Paul leans into the driver’s side window. “What brings you by?” she asks as casually as she can. Paul replies: “It’s about J.T.” Did Nikki’s blow to the back of J.T.’s head with the fireplace poker kill him? And can the women get away with murder?

Don’t miss these thrilling teases for the week to come, and for more Y&R previews, keep reading the CBS edition of Soaps In Depth magazine!

What Happened to J.T.?