Relationships are getting complicated in these spoilers from THE YOUNG & THE RESTLESS! Some people who are feeling confident in their romances should probably take a closer look at them, while others who are questioning their choices need to finally make a decision one way or the other!

At the Genoa City Athletic Club bar, Victoria and Phyllis are once again clashing over Billy! Phyllis remains comfortable that Billy loves her now, but Victoria warns that may not be the case. “What chemistry are you talking about?” Phyllis asks, getting annoyed. “That’s all in your head.” Victoria gives a sly smile and raises her eyebrows. “You sure about that?” she taunts. “How do you know we haven’t kissed?” Is this reasonably civil discussion about to take a really ugly turn? 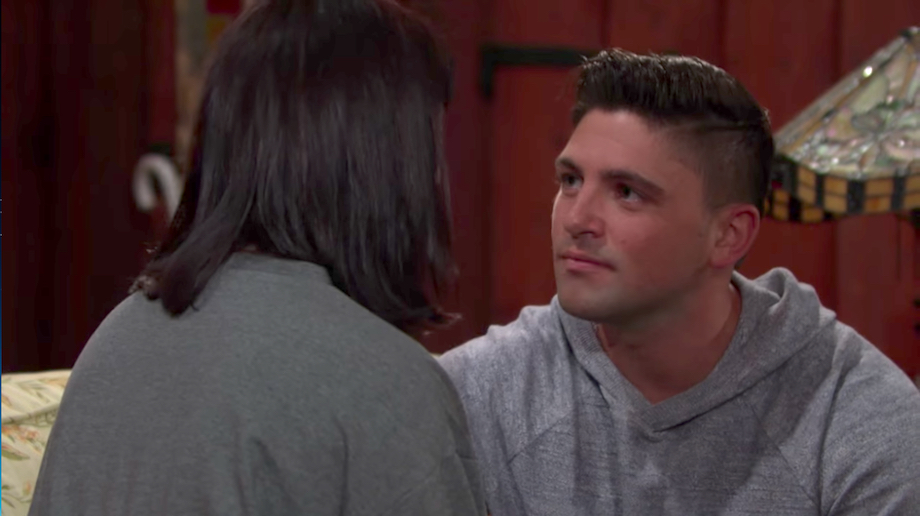 Noah has an unexpected proposal for Tessa! (Photo Credit: CBS)

Over at a nearby table, Devon and Mariah aren’t aware of the potential catfight brewing at the bar because they’ve got their own drama to deal with. “Kevin made me wonder if I had some competition for ya,” Devon jokes nervously. Mariah’s eyes go wide in panic as she struggles to cover up her true feelings. Should she confess to Devon how she feels about Tessa? Because she may be running out of time now that Noah has decided to take his and Tessa’s relationship to the next level! “Move in with me,” he suggests, lovingly stroking the side of her face. How will Tessa respond?