Whenever a dastardly villain dies on a soap, it’s the perfect set up for a whodunit murder mystery, and now DAYS OF OUR LIVES fans are asking “Who killed Deimos?” The only problem is that he was such a monster that nearly everyone in Salem would have a reason to want him dead!

The other thing that complicates this particular investigation is that Deimos has been pushing the mind-altering drug Halo all over town, and before he met his maker, had drugged everyone at the Martin House party with Halo 2.0. So even someone without a motive could have had their mental state twisted enough to put a steak knife through his chest. But on the plus side, it also means that even a popular character could have killed Deimos because the drug is the perfect excuse to avoid a murder conviction!

As DAYS’ latest murder mystery unfolds, let’s take a look at some of the most likely suspects, shall we? 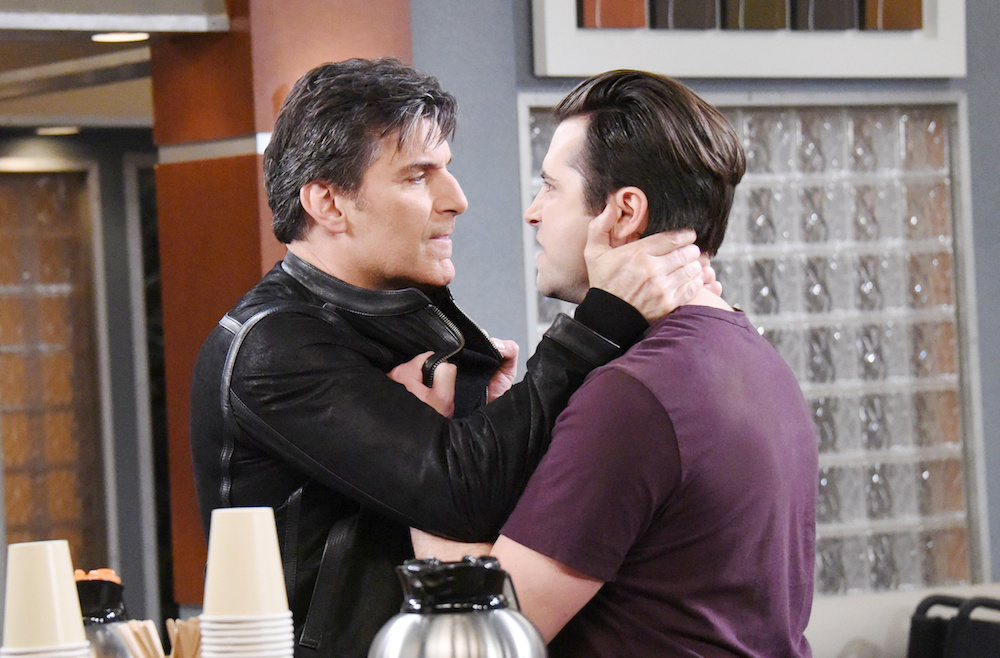 As the new head of Titan, Sonny has an axe to grind with Deimos for ruining the family business, and has publicly warned his great uncle that he would make him pay for what he’d done. But while Sonny has been acting more devious and manipulative lately, would he really stoop to murder? 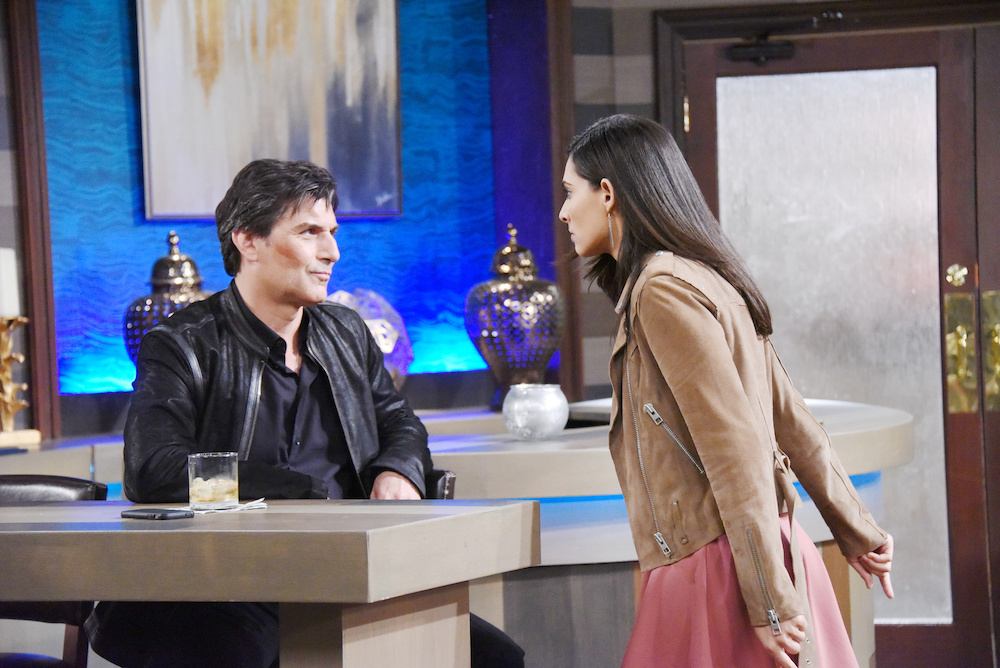 Poor Gabi has been kidnapped twice by Deimos! One time he held her in a freezer where she nearly died, and the other he poisoned her! So she’s certainly got a really good reason to want revenge on the guy. But is she really the murdering type? 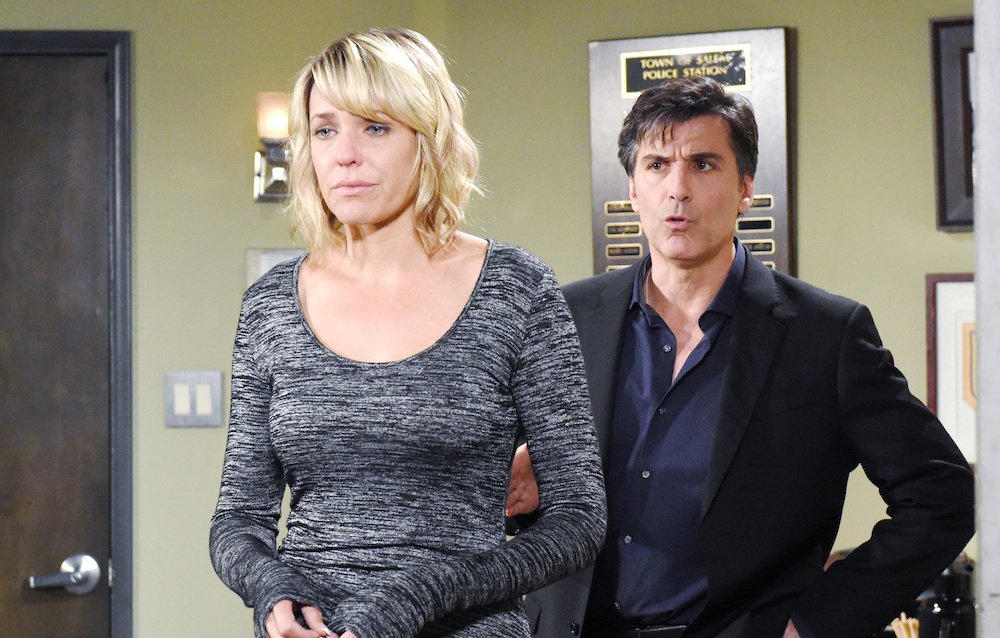 Nicole may have been in love with Deimos once upon a time, but not only did his lies destroy their relationship, he also sabotaged her child custody hearing causing her to lose custody of Holly. Oh, and don’t forget about Deimos hiring Xander to kidnap Nic and getting Brady shot nearly killing him! 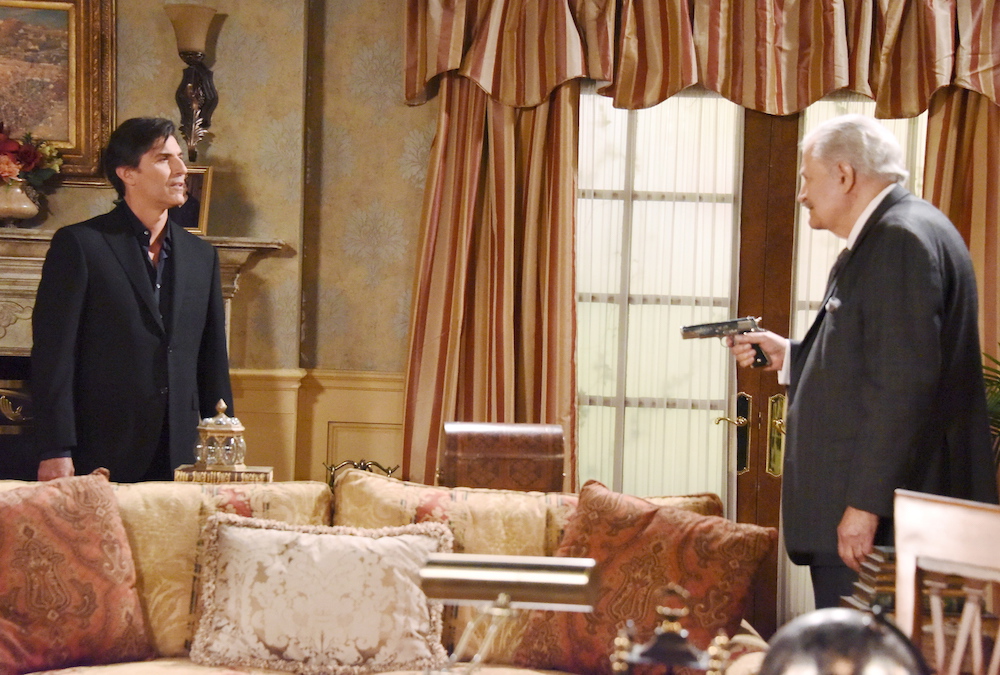 Deimos’ half brother is not a man to be crossed, and Victor has plenty of reasons to want to see the guy dead. Especially since it was Deimos’ badgering that caused a heart attack that landed Victor in the hospital on life support — which Deimos pulled off! 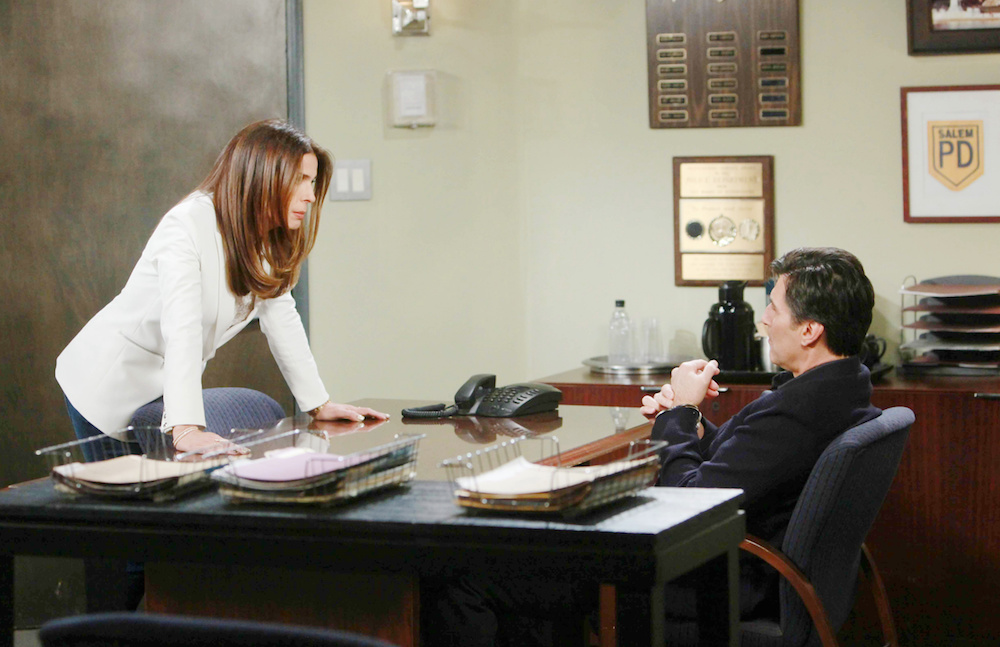 As a cop, Hope naturally would want to take down Deimos through legal means. But since Deimos kidnapped and tortured her true love, Bo, leading to his death, she could very well have decided that jail wasn’t a fitting enough punishment! (Especially since Deimos is a slippery enough snake to have a few “Get Out of Jail Free” cards up his sleeve…)

MUST SEE: Get Up-Close and Personal With DAYS Stars Greg Vaughan and Galen Gering! 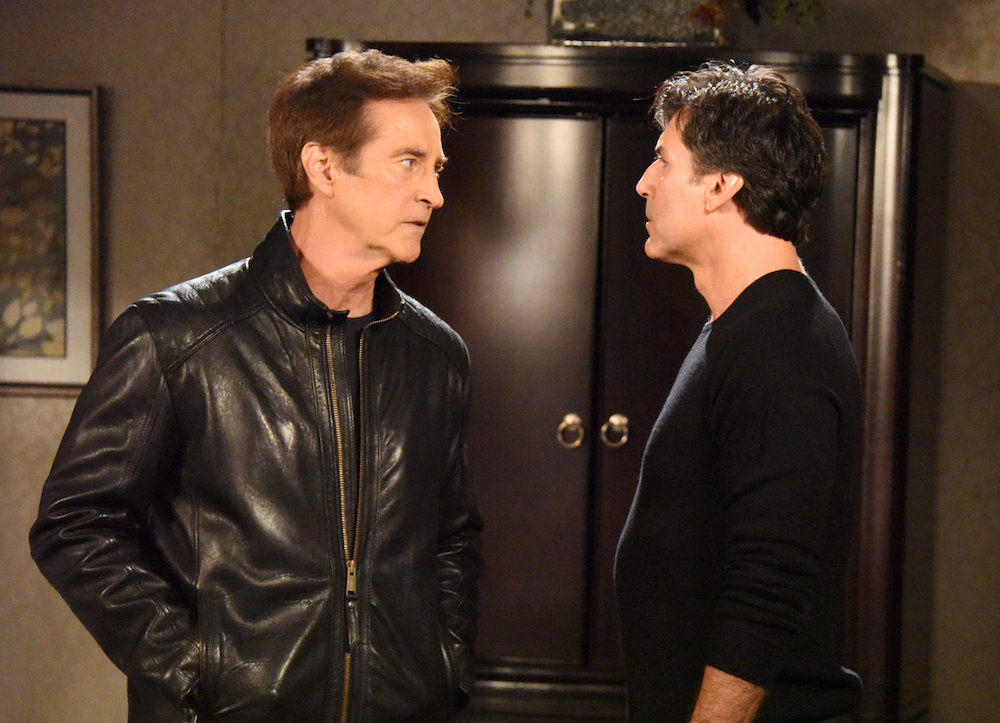 As an ISA agent, John is always working on the side of justice, which naturally puts him at odds with Salem’s villains. But Deimos made things personal when his actions nearly led to the death of John’s son, Brady, and sabotaging the plane carrying a bunch of Salem residents could have caused the death of John’s other son, Paul! 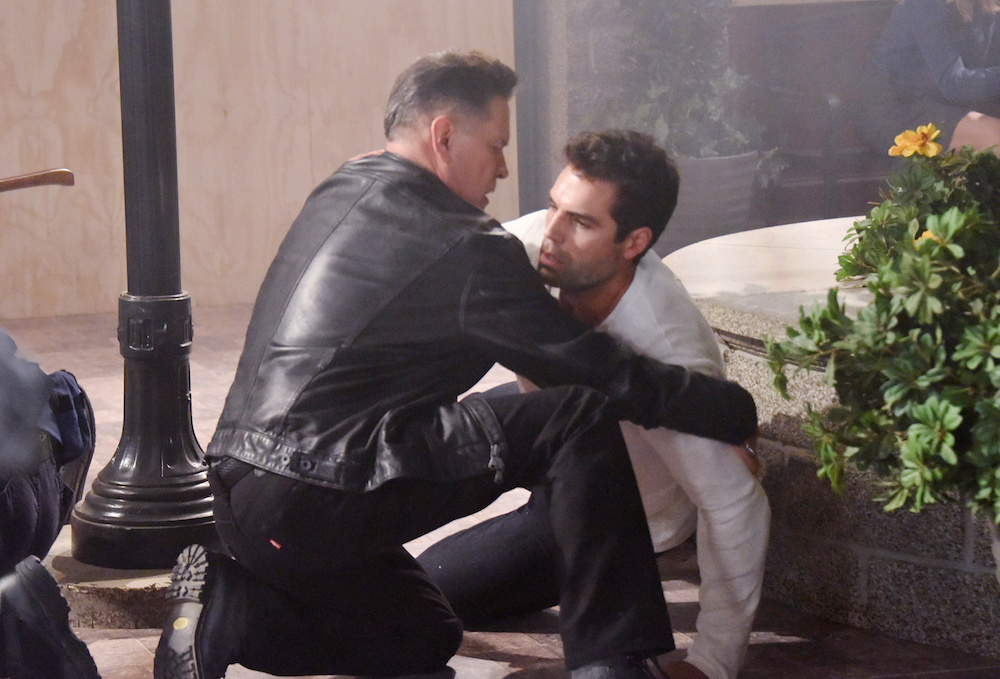 Dario’s future plans with his father fell to pieces when Eduardo was busted by the cops and sent to prison. Since Deimos was the one who set Eduardo up to take that particular fall, Dario has his own grudge against the guy. Not to mention the time Deimos had Dario beaten to within an inch of his life! 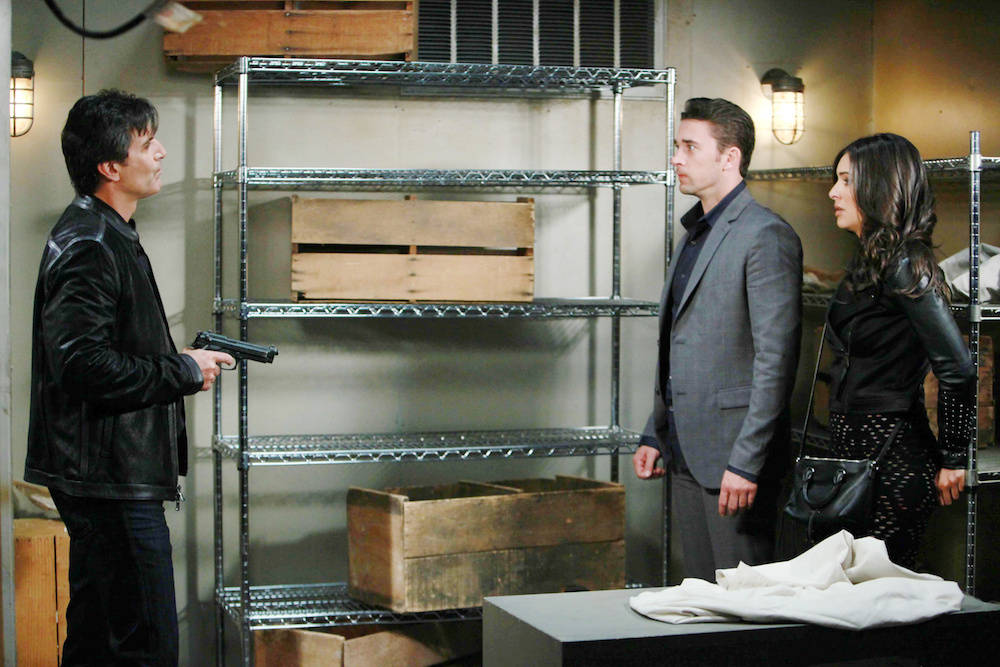 Deimos kidnapped Chad along with Gabi, and it nearly cost him his life both times, so he’s not the drug lord’s biggest fan. Plus, you can never put anything past a DiMera, even Chad!

Stay tuned as the mystery develops and more clues are discovered to find out who really killed Deimos!

Everything You Need to Know About DAYS’ Angelica Deveraux!