On the Jan. 2 episode of THE YOUNG & THE RESTLESS, Dylan was seen leaving Genoa City on his secret police mission, and fans assumed that was portrayer Steve Burton’s final episode. But the actor has revealed that is actually not the case, and he’ll be returning for more! 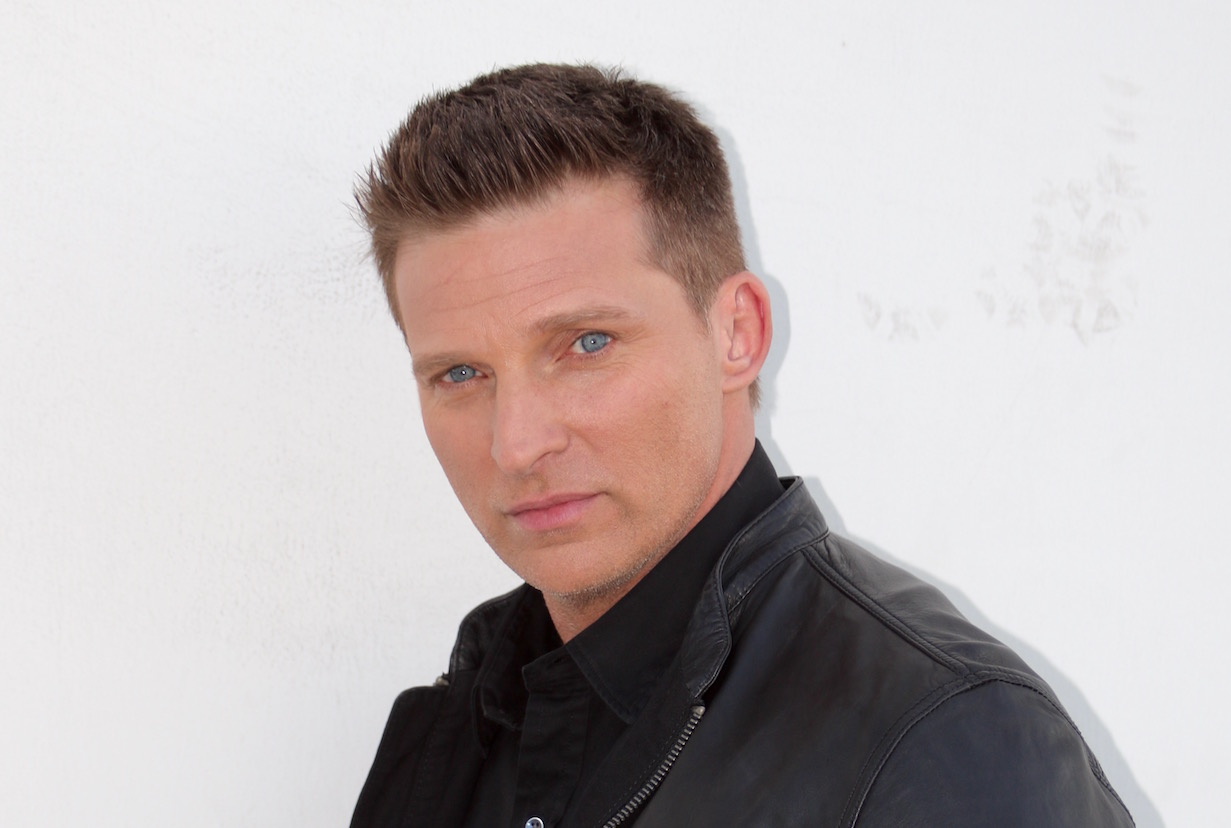 When fans tweeted their compliments of the final scenes between Burton and castmate Sharon Case (Sharon), he responded, “It’s not over yet! More scenes to come!”

Whether this means Dylan will be seen in an upcoming Y&R episode making a phone call home or actually returning to Genoa City to settle things before moving on permanently remains to be seen. It could also mean that Dylan could return for more scenes when his dangerous mission takes a deadly turn! (But we hope not!)

Y&R fans were devastated when Burton announced his decision to part ways with the soap. GENERAL HOSPITAL fans immediately began campaigning for his return to Port Charles, but with Billy Miller entrenched as the new Jason there, it seems unlikely Burton will be reclaiming his former daytime role.

Hope you had a great turkey day! Go Bucks!

Burton left Y&R to spend more time with his wife, Sheree, and their beautiful family at their home in Tennessee, but has been keeping very busy with his band Port Chuck, made up of his former GH castmates Bradford Anderson (Spinelli), Brandon Barash (ex-Johnny), and Scott Reeves (ex-Steven). They finished their fall tour just before the holidays, but Burton promised, “Port Chuck is coming to California, Arizona, Texas, and more cities to come! Stay tuned. Can’t wait!” Keep up to date on the musical group’s latest plans on their official website.

In addition to his music and family, Burton has been spending a lot of time with friend and former GH co-star Derk Cheetwood (Max) launching their new venture, Hollywood Schooled. The pair hope to offer support and advice to wannabe actors looking to break into show business. Not to mention Jack and Jameson’s Smokehouse, the Nashville barbecue restaurant he owns with fellow GH alum Jonathan Jackson (ex-Lucky)!

We wish Burton all the luck in the world in his future endeavors, whatever they may be, and look forward to seeing him on Y&R again — even if only briefly!

It’s only natural Burton would want to spend more time at home with his family — have you seen how beautiful his two-year-old daughter, Brooklyn is? Just take a look at some of the wonderful photos he’s shared in the gallery below!