Fans of THE BOLD & THE BEAUTIFUL may notice a very special guest star in the episode scheduled to air on Thursday, Dec. 28 — Ford Clifton will be making an appearance! If the name sounds familiar, it’s because the little boy is the real-life son of Scott Clifton (Liam), and will be playing his fictional son on the soap! 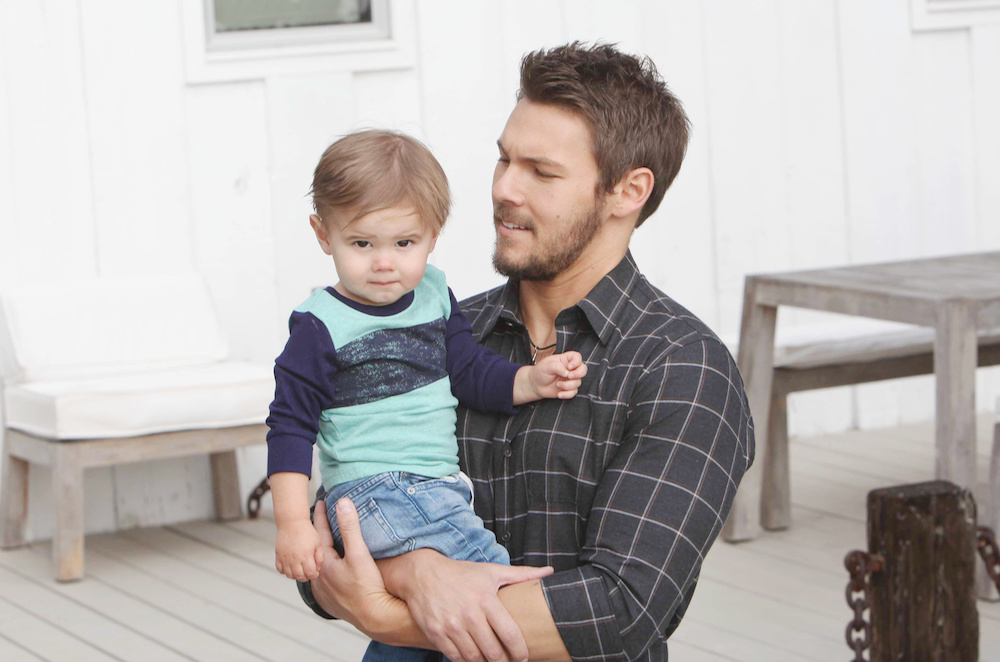 Liam was overjoyed to learn that Steffy was pregnant, and in this episode, he’ll fantasize about what their life could be like together with their child. And Ford will be playing their future offspring in the special fantasy sequence. (Of course, since Steffy’s baby could actually be Bill’s, Liam’s dream could eventually turn into a nightmare!)

This isn’t the first time that B&B has tapped a real-life child of one of their stars to play their on-camera kid. Katie’s son, Will, has been played by Zane Achor, actress Heather Tom’s actual son with her husband, James!

Clifton and his wife, Nicole Lampson, have produced an absolutely adorable little boy who will be turning two in May. And followers of the actor’s Instagram are already well aware of how camera-ready Ford is.

If you think you can handle the overload of cuteness, check out some of Ford’s most recent pics below!

Steffy and Bill’s Torrid Past on B&B