Spencer has been abducted but who has him and what are they planning to do with the kid? From these spoilers for the upcoming week of GENERAL HOSPITAL, things aren’t looking good for the Cassadine Prince!

As Spencer finds himself imprisoned in a basement, an amber alert goes out across Port Charles alerting residents to a possible child abduction in Rice Park. Laura, knowing full well what the villains in this town are capable of, fears for her grandson and rushes to the police station. “I don’t know if he’s dead or if he’s alive,” she declares angrily, in full mama bear mode.

The child’s kidnapping sets off a witch hunt with Valentin as the most likely suspect! Jason sneaks up behind the Cassadine and puts him in a choke hold, tying him up and throwing water on him in order to best interrogate the truth out of him. “You’re going to tell me where Spencer is,” Jason warns. And when he doesn’t get the answers he wants out of Valentin, Jason pulls out a knife! How far will he go to get the truth about Spencer’s whereabouts? 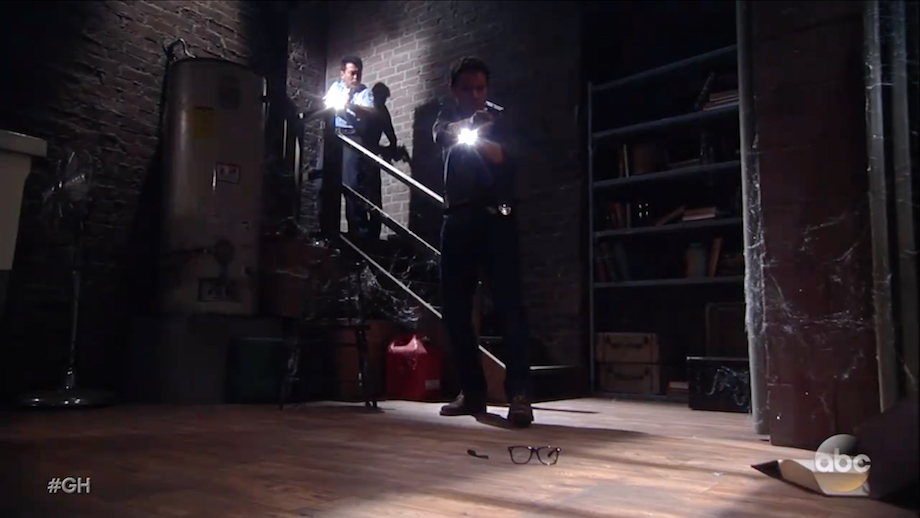 Later, police enter a basement with their guns drawn, examining every nook and cranny with flashlights. Dante is horrified to discover Spencer’s glasses on the floor, broken and shattered. As the mystery unfolds, GH promises “a jaw-dropping twist” so do not miss a single episode of the drama!

Everything You Need to Know About Spencer Cassadine!