With all the casting upheaval going on with Marci Miller exiting the role of Abigail and Kate Mansi reportedly taking it back, fans can at least take comfort in the fact that Billy Flynn is not leaving DAYS OF OUR LIVES. “Psst,” he tweeted on May 22. “I’m staying. #days #lovehard”

Following a guest appearance on HAWAII FIVE-0 opposite Melanie Griffith, Flynn joined the cast of DAYS as the new recast of the troubled Chad DiMera, a role previously played by Casey Deidrick from 2009-13. And in 2017 he received a Daytime Emmy Award nomination for Outstanding Lead Actor for his work on the soap. 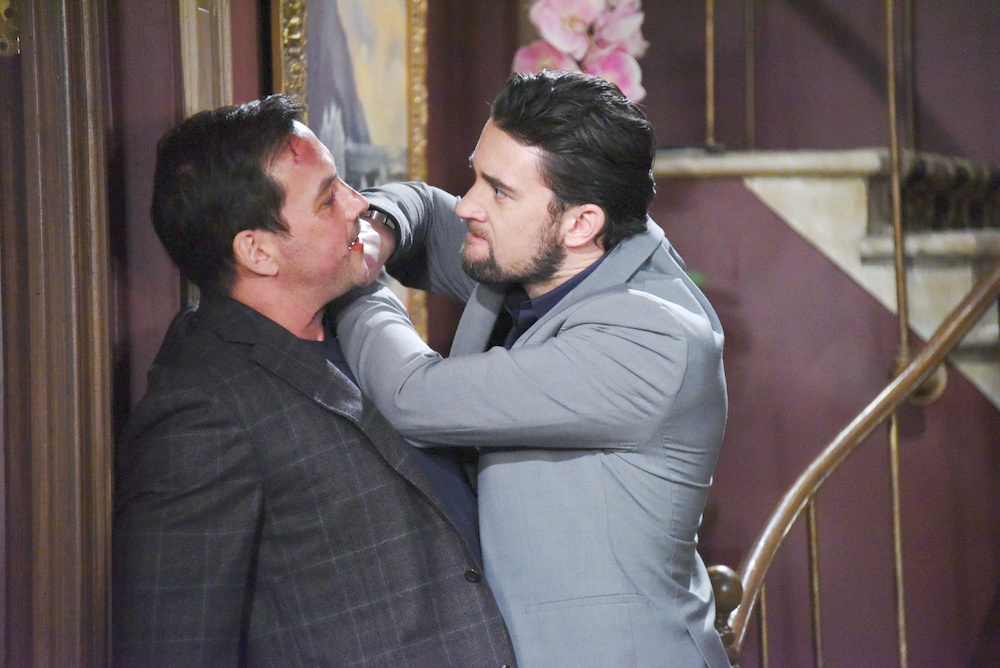 Flynn’s status with DAYS was apparently in question, however. When STAR TREK’s William Shatner, of all people, responded to the actor’s tweet by asking if he was planning on going in the first place, Flynn responded: “No… I don’t know. I am shooting a film in October, so was on the fence, but it all worked out.”

That’s good news for his fans at DAYS, who are looking forward to seeing Chad’s relationship with Abigail develop (at least until Miller makes her departure) and his vendetta against Stefan continue. There will certainly be plenty of drama for Chad to deal with coming up in his very near future! And as a bonus, Flynn is in pre-production on the film Willowbrook, which he also co-wrote, so fans can also look forward to seeing him in that, as well!

Kyle Lowder Is “Thrilled” to be Returning to DAYS, But Who Is He Playing?

Everything You Need to Know About Xander on DAYS