With Joey insisting on confessing to Ava’s murder, it has some fans wondering if he will be leaving DAYS OF OUR LIVES. And in fact, it is true that James Lastovic will be exiting the soap after just two years in the role.

“Words can’t describe what it’s been like to get to work with this beautiful family almost every day for two years,” Lastovic shared on Instagram. “Thank you, DAYS, for the extraordinary and life-changing experience. And a special thanks to Mary Beth Evans (Kayla) and Stephen Nichols (Steve) for your love and support every step of the way.” And as his storyline comes to an end, the young actor promises: “Prepare yourself for another Mary Beth Emmy!”

Evans nabbed a Daytime Emmy Award for Outstanding Lead Actress back in 2016, and Lastovic was nominated for Outstanding Younger Actor in 2017 for his powerful performances surrounding Joey’s murder of Ava and the guilt that ate away at him afterward. Unfortunately, although Steve attempted to take the blame for her death to protect his son, when Tripp suspected that he was covering for Kayla, the horrible truth eventually came out. 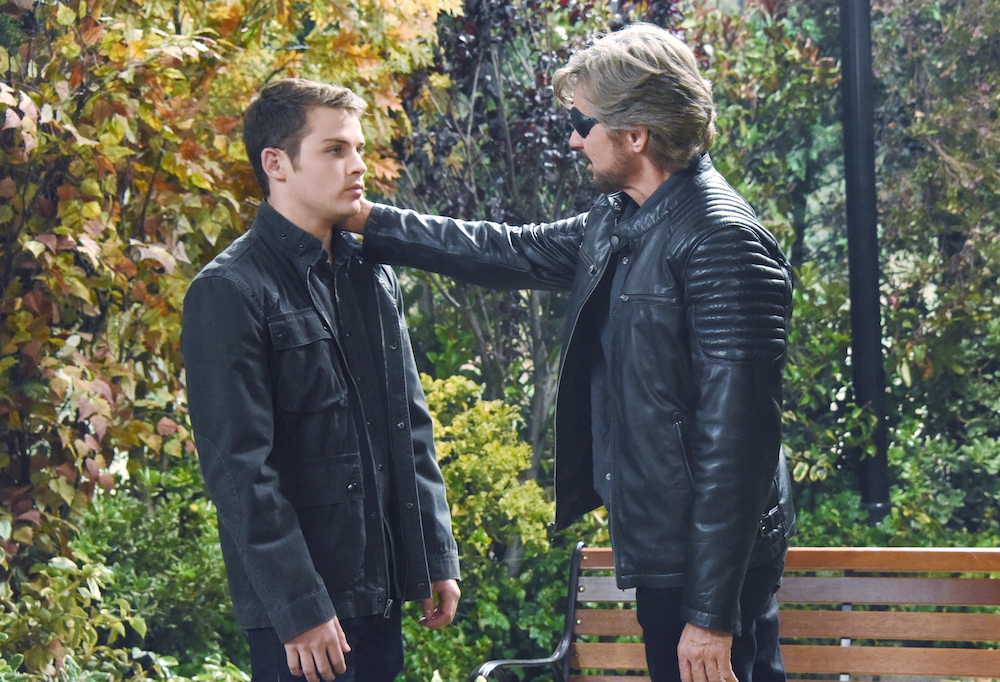 Lastovic joined the cast of DAYS in 2015 when Patch and Kayla’s son was SORAS-ed into a teenager, having left boarding school to return to Salem with his father. Joey got caught up in Ava’s scheme and even fell for the older woman, but when he learned of her criminal past and what she’d done to his parents, he snuck into her hospital room and smothered her with a pillow. He got involved with Jade but just as he was about to break up with her, she revealed she was pregnant. Unfortunately, just as Joey was coming around to the idea of being a father, she suffered a miscarriage. He felt he was being punished for what he’d done to Ava, and his guilt only increased when he met his half brother, Ava’s son, Tripp.

While it’s honorable that Joey wants to take responsibility for his actions, it sadly means that it will be the last we see of his portrayer on the soap. However, we have no doubt that this talented young actor will land on his feet and we will be seeing him again very soon! Heck, maybe he’ll get out of jail early for good behavior and come back to DAYS! (But if he ends up somewhere else, don’t worry — we’ll let you know where he lands!)

Deidre Hall’s Real-Life Twin Sister Was on DAYS, Too!