In an unexpected casting move, Kyle Lowder is returning to DAYS OF OUR LIVES! The only thing is that he won’t be playing Brady Black, because that role is already being played by Eric Martsolf! “Hey guys,” Lowder teased in a video he posted to Twitter. “I guess the cat’s out of the bag, huh? I’ve been sitting on this one for a while. But nonetheless, thrilled to be back in Salem. See you guys soon. Gotta get to work!”

Lowder joined the cast of DAYS in 2000 to play a SORAS-ed Brady, and remained with the soap until 2005. In 2008, Brady was brought back with Martsolf in the role, and in 2014, he won the Daytime Emmy Award for Outstanding Supporting Actor.

In 2007, Lowder took over the role of Rick Forrester on THE BOLD & THE BEAUTIFUL, but left in 2011 to focus on his music career. More recently, he has appeared in the web soap DEVANITY and the Amazon mini-series Ladies of the Lake and its upcoming sequel, Ladies of the Lake: Return to Avalon. 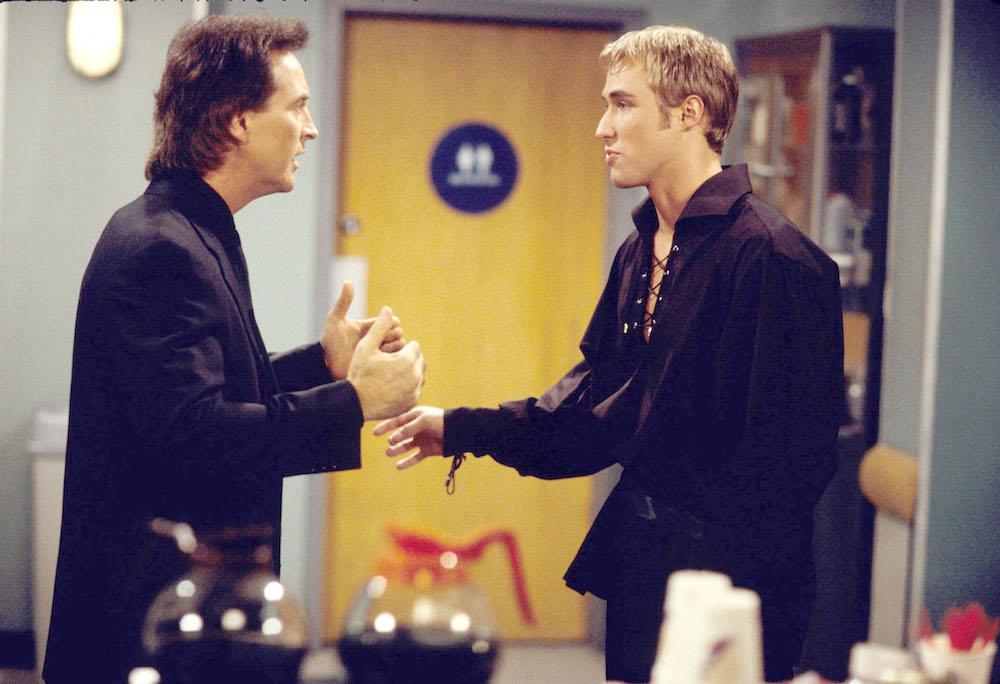 Lowder as Brady opposite Drake Hogestyn’s John in a DAYS episode from 2000. (Photo Credit: Jesse Montgomery/JPI)

The real question on everyone’s mind, though, is who will Lowder be playing on DAYS? It’s unlikely the soap would have him return as the real Brady Black and have Martsolf’s Brady be revealed to be someone else entirely. He could be portraying a whole new character, but fans are speculating he is playing a recast Philip Kiriakis or even Rex Brady, both of whom left Salem years ago but are still floating around out there somewhere.

DAYS and Lowder are remaining tight-lipped about who he’ll be on DAYS so you’ll just have to stay tuned to find out. Given the soap’s advanced shooting schedule, he may not air for quite a few months yet, but we’ll let you know as soon as more details are released!

Everything You Need to Know About Theresa Donovan