Longtime DAYS OF OUR LIVES fans can look forward to plenty of fan favorite characters returning to the soap in the near future, and now they can add one more to that list: Louise Sorel is slated to reprise her role of the wicked Vivian Alamain!

The news was broken by the actress’ friend, ONE LIFE TO LIVE star Robin Strasser (Dorian), who tweeted: “Louise Sorel, as if you didn’t know, is reprising her iconic role on DAYS. [Executive producer Ken] Corday Knows what makes our “days”, doesn’t he?” (Sorel played district attorney Judith Russell Sanders on OLTL from 1986-87.)

Of course, Strasser quickly realized from the responses to her tweet that she may have let the cat out of the bag a little early! “Uh oh, is it supposed to be a secret?” she posted. “I didn’t know. Oh crap, shout it! La Great One returns — best news ever!” 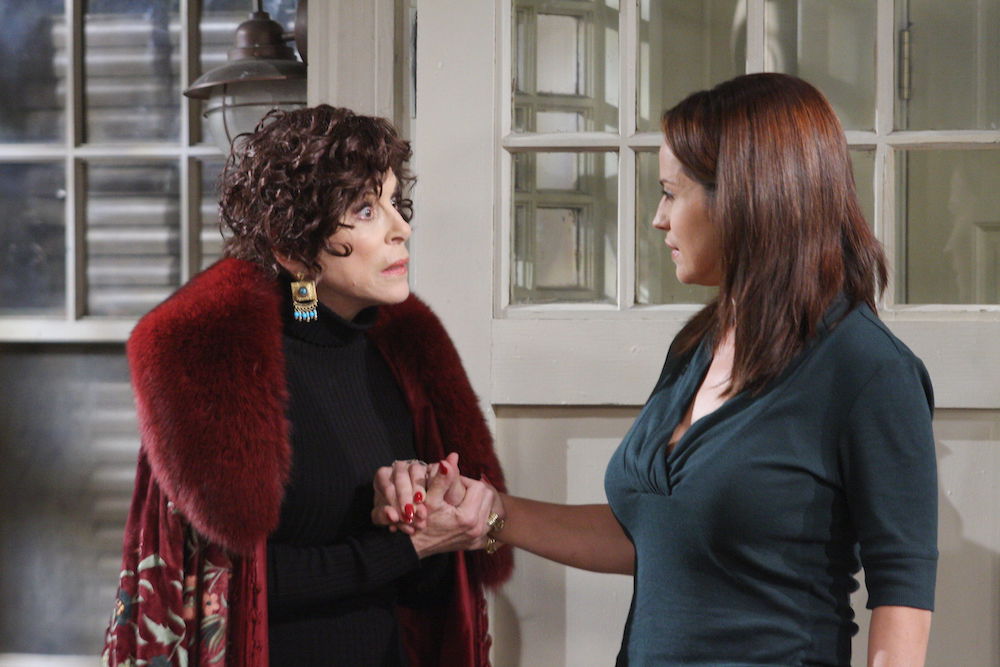 Sorel, who was best known for playing Augusta Lockridge on NBC’s SANTA BARBARA, joined the cast of DAYS back in 1992 and Vivian stirred up no end of trouble in Salem before her departure in 2000. Sorel returned to the soap in 2009 when Vivian reappeared in Salem looking to take revenge on Carly for killing her nephew, Lawrence. The character was last seen in 2011 when Vivian left town with her former henchman, Ivan, to live in India where he’d become a wealthy Bollywood movie producer.

What brings Vivian back to town this time around? You’ll have to stay tuned to find out what new DAYS headwriter Ron Carlivati has planned for this beloved scene-stealer. As soon as we have more details about her return, especially a first air date, we’ll be sure to let you know!

Chandler Massey Returns to DAYS as Will