Fans of THE YOUNG & THE RESTLESS were upset when Greg Rikaart was let go from the soap earlier this year after 14 years of playing Kevin Fisher. Then they were delighted when the actor returned to Genoa City for another stint in September. But will they follow the actor when he moves to NBC sudser DAYS OF OUR LIVES? Our friends over at TV Line are reporting that Rikaart has been tapped to join DAYS for a multi-episode arc to air in spring of 2018, but the soap is remaining mum on any details regarding his character.

DAYS has been tight-lipped regarding its storylines recently, hoping to keep fans tuning in. They announced that Chandler Massey was returning as Will Horton back in June, but fans are only just now watching the storyline unfold as his family tries to discover if Will was really murdered or is actually alive out there somewhere. And after announcing this summer that GENERAL HOSPITAL alum Tyler Christopher (ex-Nikolas) would also be joining the NBC soap, his character still remains shrouded in mystery. 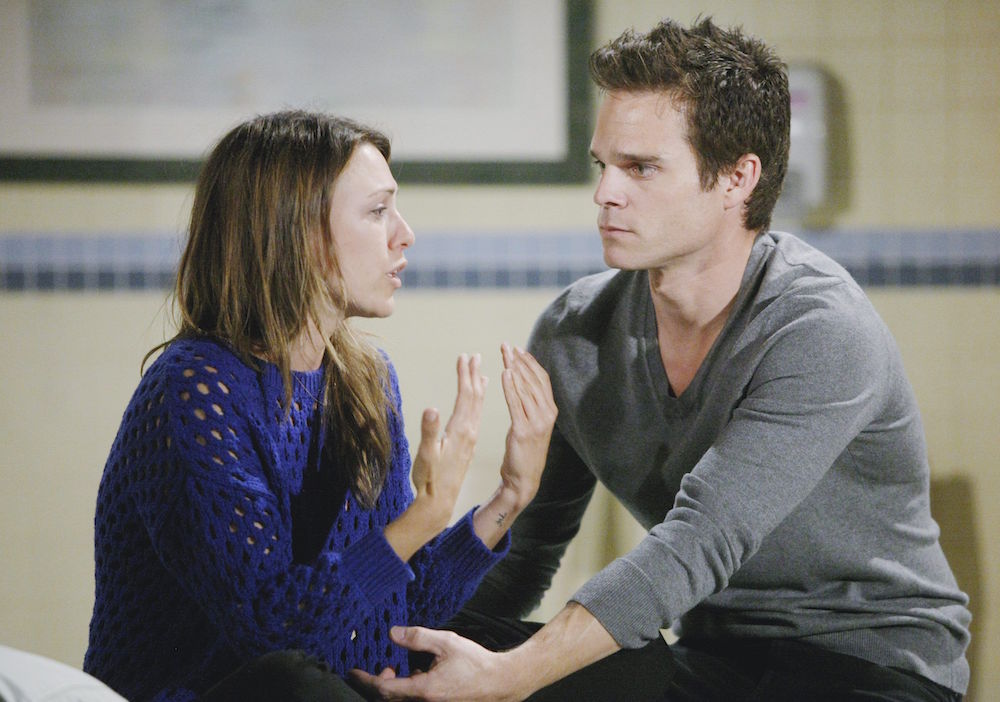 Rikaart with Elizabeth Hendrickson’s Chloe in an emotional scene from a 2013 episode of Y&R. (Photo Credit: sean smith/jpistudios.com)

Y&R fans fell in love with Rikaart’s portrayal of bad boy Kevin, so much so that the writers redeemed the character and kept him around for over a decade. During his years on Y&R, Rikaart received four Daytime Emmy Award nominations for Outstanding Supporting Actor, taking home the trophy at the 2005 ceremony.

Although Rikaart’s recent Y&R visit was brief, he could continue to appear on the soap as Kevin on a recurring basis whenever the storyline requires. And according to sources, his role on DAYS won’t prevent him from appearing on Y&R. While Eileen Davidson has worked out deals which allow her to appear as Ashley on Y&R and Kristen on DAYS at the same time, it’s more likely that Rikaart’s freedom will come from the fact that he’s not actually on contract with either soap so he’s free to do as he pleases.

As soon as we have more information on Rikaart’s role on DAYS and when he will first air, we’ll be sure to let you know! And for more DAYS casting news, keep reading Soaps In Depth magazine!

Michael Muhney Debuts on THE GOOD DOCTOR in October