Soap fans might have thought Roger Taylor looked familiar in recent episodes of DAYS OF OUR LIVES, and that’s because he was played by John Enos! The actor, best known to daytime viewers as Bobby Marsino on THE YOUNG & THE RESTLESS was orignally tapped for the role of the Elvis impersonator as part of the mystery surrounding the return of Will Horton to the soap. “So much fun with Alison Sweeney (Sami) and Deidre Hall (Marlena),” the actor tweeted.

Enos might also be familiar from his primetime roles. In the mid-‘90s, he played Bobby Parezi on MELROSE PLACE, and could be seen in guest appearances on series like SEX AND THE CITY, NYPD BLUE, CSI: NY and GOTHAM. The actor has also appeared on the silver screen in films like Death Becomes Her, Demolition Man, The Rock, and Blade.

But soap fans remember him as strip club owner Bobby Marsino on Y&R, a role he played from 2003-05. His pairing with Lauren Woodland’s Brittany became a fan favorite, but he was written off the soap after just a couple of years. Bobby hired Brittany to strip at the club, but ended up falling in love with and marrying the beauty. Unfortunately, when Bobby turned in some members of the Mob, he was forced to go into the Witness Protection Program. Although Brittany planned to join him with their son, Bobby was tragically killed in a hit and run. 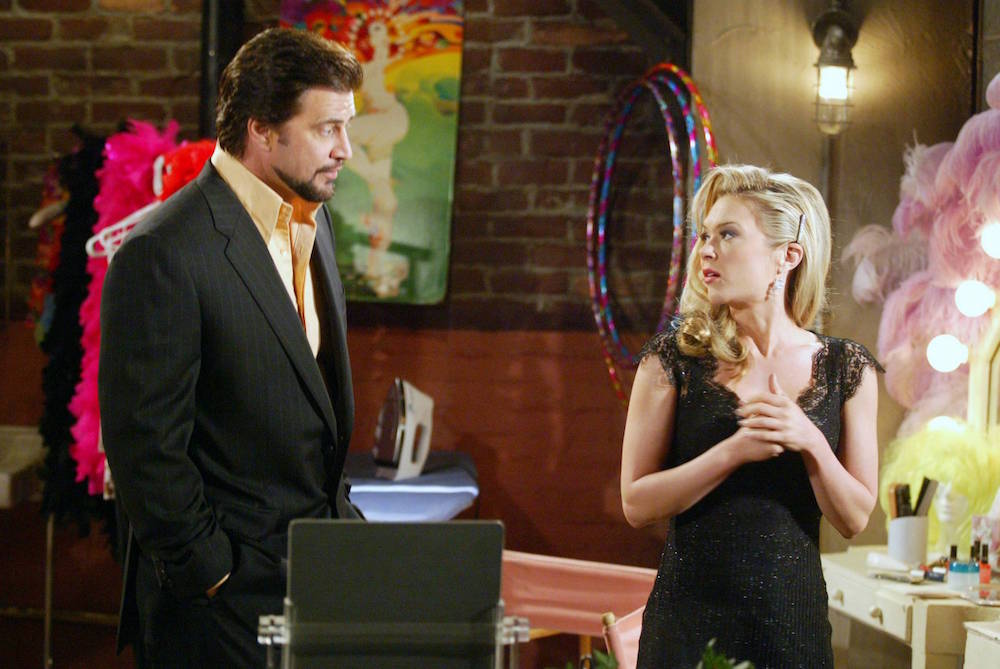 While playing a deluded Elvis impersonator isn’t Enos’ first role on a soap, it’s also not his first role on DAYS! In 2008, he provided a newscaster’s voice for a couple episodes. Although Roger didn’t have much to do in his first appearance on DAYs, Enos reappeared in the May 10 episode to offer Will a diary that belonged to the shady Dr. Rolf and could possibly hold clues to Will’s resurrection. Might Roger return again? You’ll have to stay tuned to find out!

Everything You Need to Know About Theresa Donovan

The 2018 Daytime Emmys Moments You Didn’t See on TV