Back in February, Cane’s life got a lot more complicated when he met Juliet Helton on THE YOUNG & THE RESTLESS. Daytime newcomer Laur Allen made quite a splash on the soap, but now that her alter ego has met a tragic end, she shared a heartfelt goodbye to Y&R and the fans. “My heart is full of gratitude,” she posted to Instagram. “This past year was one unexpected/amazing/hell of an adventure. Juliet was only supposed to be around for a few days, so much love to Y&R for growing her story and everyone who became a part of her journey. Thanks to the Y&R family and fans for making this experience so special.”

On her website, Allen described her nationality as half-Chinese and half-European and relishes her dual nature. “Born to parents of opposite backgrounds, cultures, political views and religions,” she explained, “I was raised with an understanding and respect for the duality in everything.”

Allen fell in love with performing back in junior high school after playing a daisy in a production of Lewis Carroll’s Through the Looking-Glass. “As I stood in front of the whole school in my ill-fitted, partly spray-painted, larger than life foam headpiece,” she recalled, “I sold my soul to Hollywood.”

However, after graduating high school, Allen admitted she had to put her dreams of acting aside to try and pursue a “real” career, admitting: “So I engaged in a full-hearted rack focus back to my production aspirations, suppressed whatever daydreams I had conjured up about acting, and shipped off to university.”

However, after graduating from Vanderbilt University in Nashville, TN, Allen decided it was time to return to Los Angeles, where she found herself persuaded to enter the Miss Los Angeles Chinatown pageant. “To my surprise, I won,” she admitted. “As the first multi-ethnic queen in the pageant’s 47-year history, I was honored to be chosen as an ambassador for the Chinese community.”

Upon her return from Hong Kong, where she participated in the Miss Chinese International Pageant, Allen threw herself back into acting, appearing in some short films and digital series before making her daytime debut on Y&R. “Proud to be a part of it!” she declared on Instagram. 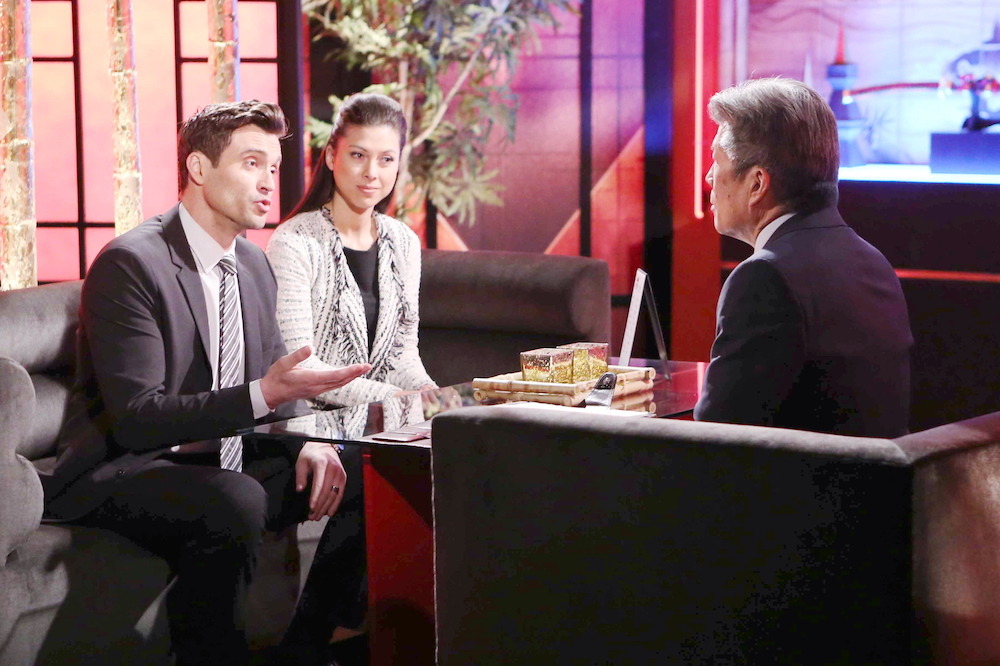 Allen with Daniel Goddard (Cane) in one of her first Y&R episodes.
(Photo Credit: Howard Wise/jpistudios.com)

After Cane made a successful business deal for Brash & Sassy in Tokyo, Juliet took him out to celebrate, but when he got thoroughly sloshed, Cane woke up believing he’d slept with the young woman! Juliet followed Cane back to Genoa City where she soon revealed she was carrying his baby. News of his infidelity caused Cane and Lily’s marriage to fall apart, but now that Juliet has died giving birth to their premature baby, what will happen now? If the child survives, will Lily help Cane raise him?