On soaps, characters are often divided between the good and bad. Yet THE YOUNG & THE RESTLESS’ Sharon Case (Sharon) is in the rare position of being able to play a character that nimbly leaps back and forth over that dividing line all the time, thanks in large part to her alter ego’s bipolar mental illness. In fact, it was only a year or two ago that Sharon went off the deep end, becoming delusional with a false pregnancy and pretending Sully was her own child. Today, the blonde stunner is again stable.

Does Case believe that her alter ego’s current, calm phase — in which Sharon is not only sane but has saved someone else — is about redeeming the character? “In some people’s eyes, Sharon needed to be redeemed, but in other people’s eyes, she didn’t,” reflects the Emmy winner. “But there is something to redeeming yourself. In real life, people do want to redeem themselves when they feel like they’ve done some bad things!”

For her part, Case is grateful that her onscreen persona is back on her meds again! “The storyline that I did last year was pretty exhausting!” she laughs. “This year was wonderful, because I didn’t have to work every single day playing all the tears and being upset. Being in a love story is a lot easier! And it’s fun!” 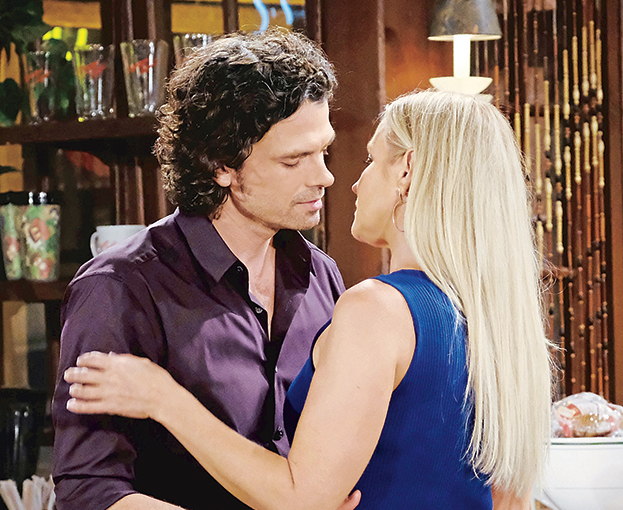 Speaking of love stories, fans have enjoyed the warm friendship between Sharon and Scott that has blossomed into an even warmer romance. “I’m glad that [Y&R] didn’t rush into the relationship,” admits Case. “It’s really developed over a normal amount of time. They’re a good fit for each other… and this is the right timing for them because of the places they are at in their lives right now.”

That’s not to say that the couple won’t hit a few bumps, courtesy of Scott’s shocking indiscretion with Abby! “Every love story needs to have a love triangle,” smiles Case. “I like playing colorful relationships between people, and Sharon and Abby have always had an adversarial relationship.” 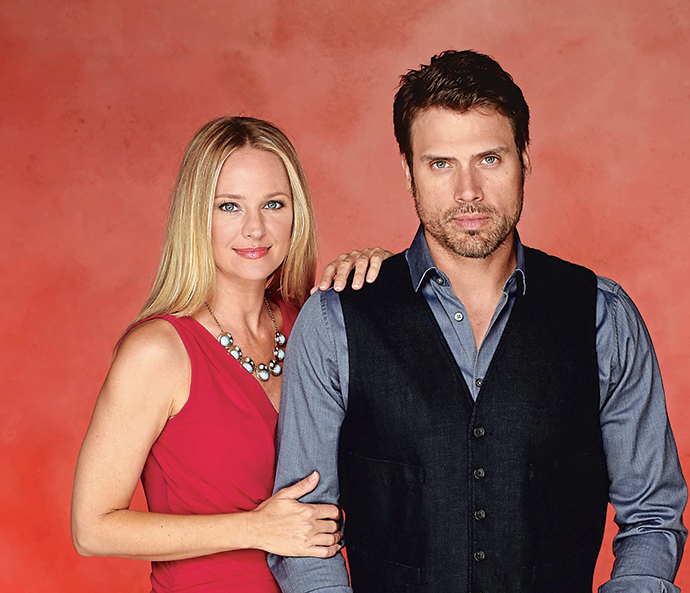 Also interesting is the possibility that Sharon and Nick may reunite. While both characters are currently in other relationships, it’s hard to overlook the easy camaraderie between the exes. Plus, “he’s jealous” of Scott, Case says with a laugh “Nick doesn’t want to admit it, but he’s jealous!”

Could this be the beginning of… well, another beginning between the couple? “There have been a lot of scenes this year where Nick and Sharon are very close. So that could lead them to get back together,” she concedes. “But I’d love it if they spent time rediscovering each other this time. It would be a really neat relationship to watch over a period of time, where they both find out why they really love each other again.”

Sharon has been played heavily in romantic storylines. But motherhood has always been a huge part of her alter ego’s bailiwick, too. Which is why Case is particularly pleased to be connected to the storyline where Sharon’s daughter, Mariah, has begun to have feelings for another woman. “Sharon has been known on this show as Mother Earth for a long time, so this is such a great storyline for Sharon in her position as a mother to explore how she’d deal with this,” says the actress. “It’s a great opportunity to be in that role where you are the supportive parent.” It’s plots like this, coupled with Sharon’s complexity, that keep Case from getting bored with her. “I’ve never even thought about it!” she says. “With Sharon, you never know what she’s going to do!”

Did You Catch Naomi Judd’s Surprise Cameo on Y&R?