Longtime fans of THE BOLD & THE BEAUTIFUL are quite familiar with Brooke’s rocky romantic history, so they weren’t entirely surprised when her marriage to Bill fell apart. Of course, actress Katherine Kelly Lang told Soaps In Depth she wished it hadn’t happened quite so soon. “I love working with Don [Diamont, Bill] she confided, “and personally, I would have liked to see them together for a longer period before it all blew up in their faces. It would’ve been a bigger payoff.” 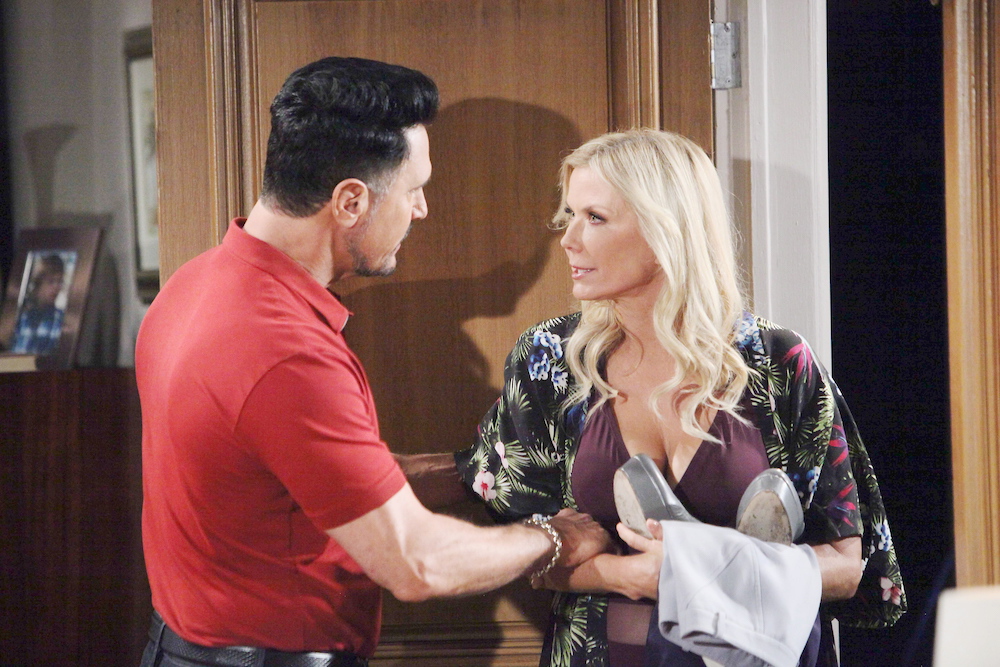 Unfortunately, after lying that Caroline was dying to get Thomas away from Sally and arranging for the arson that nearly destroyed Spectra Fashions, Brooke had to do something. “You’ve got to draw a line somewhere,” Lang admitted. “Bill promised he would never let her down or do anything to hurt her, and yet now he’s done this. He didn’t think twice about anything except getting what he wanted. She feels like he’s let her down, but this is more about endangering people and breaking the law. It’s a criminal act, and she just thinks. ‘How far can he go?’”

They say hindsight is 20/20, but many B&B viewers would also argue that Brooke knew exactly what she was getting into when she agreed to become Mrs. Bill Spencer. Let’s just say that with his history, the guy is no saint! “She’s seen what he’s done in the past,” Lang allowed, “especially when he had Ridge thrown out of a helicopter. So she’s kind of realizing, ‘My goodness, have I been covering my eyes this whole time?’ She’s questioning her decision about why she even married him in the first place.”

Of course, given Brooke’s romantic history, fans are naturally assuming that she’ll return to Ridge’s waiting arms once more. And while Ridge certainly seems keen on the idea, Lang hopes that Brooke doesn’t just go back to her ex for the umpteenth time. “If things truly are over for Brooke and Bill,” the actress mused, “then she needs to be alone for a while and figure out who she is as a person. She needs to look out for herself instead of bouncing between men all the time.” 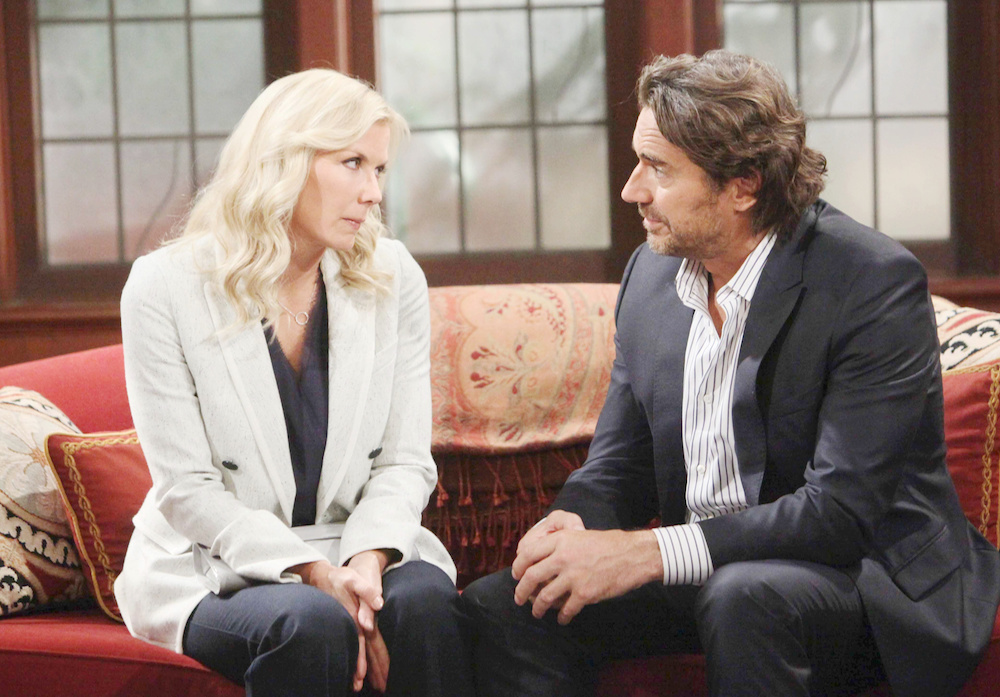 “Ridge, it’s third time’s a charm, and that was at least three tries ago for us.” (Photo Credit: Howard Wise/jpistudios.com)

But given that Bill also wants his wife back, it looks like there’s still plenty of romantic drama to come for Brooke, so stay tuned as the storyline continues to unfold! And for more B&B news, keep reading the CBS edition of Soaps In Depth magazine!

Linsey Godfrey Opens up About Surviving Sexual Abuse as a Teen