The truth behind who shot Bill turned out to be more shocking than anyone could have expected, especially Bill himself, who reels from the news in these spoilers from THE BOLD & THE BEAUTIFUL. But the truth may not help Brooke get Ridge out of jail since she’s not even aware of it!

Since regaining consciousness, Bill has been telling anyone who would listen that Ridge was the one who tried to kill him. But then Liam flatly informed his father that Forrester was innocent because it was actually him who was the one who shot his own father! “I found gloves in my car,” Liam reveals to a disbelieving Bill. “A hundred-percent sheepskin. Just like the detective said.” But even though Liam has recovered the repressed memories of that night to realize that he was the guilty party, will Bill allow his son to turn himself into the cops or continue trying to make Ridge pay for a crime he didn’t commit? 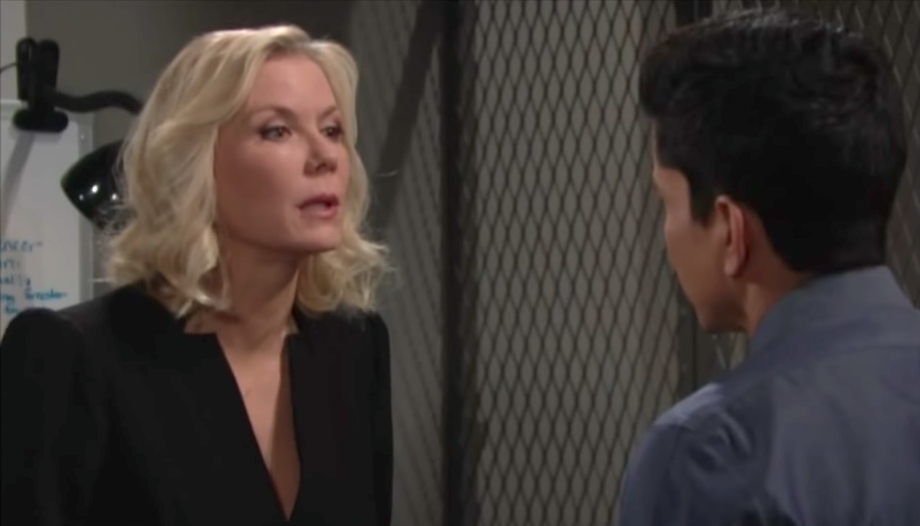 Over at the police station, Brooke is determined that her husband not spend another night locked up behind bars. “I know Bill would love to see Ridge in jail,” she declares to Detective Sanchez, trying to argue that this is all just some vicious vendetta against the Forresters, and more specifically, Ridge. “I bet that he’ll admit that he didn’t see Ridge,” she adds. “That he didn’t see anybody.” Since Bill was shot in the back, it was unlikely that he saw who pulled the trigger, but the problem is that now that he knows it was Liam, it will likely only make him double down on his accusations against Ridge!

Fans Are Worried that Liam Is Leaving B&B

All of the 2018 Daytime Emmy Nominess