Intent on moving forward with his plans to build Skye, Bill ignored Liam’s pleas and set a date for the demolition of the Spectra building. It pained Liam to tell Sally the fate that was in store for her company, but he vowed to do whatever it took to help her stand up to Bill, starting with a sit-in on the Spectra property to prevent his father from knocking the edifice down. Fed up with his son’s do-gooder antics, Bill warned Liam that his peaceful protest would never work. With the demolition crew on site and ready to take action, Bill warned Liam and the Spectras to vacate. Later, believing the building to be empty, Bill gleefully pressed the button that would detonate the explosives.

Bill Gets a Shock!

Watching the Spectra building be reduced to rubble, Bill was overjoyed… until the moment he learned that Liam and Sally were inside! Steffy and Bill were beside themselves with anguish when they heard details confirming that Sally and Liam were in the building when it was destroyed. Trapped under tons of unstable rubble, Liam and Sally’s lives hung in the balance, and it dawned on them that they probably wouldn’t survive their predicament. During what they believed might be their final moments on the planet, Sally and Liam ended up exchanging a passionate kiss. Meanwhile, the Spectra gang watched from a distance in despair, wondering if Sally and Liam were both dead. Shirley vowed to get revenge against Bill if her granddaughter didn’t emerge unscathed. 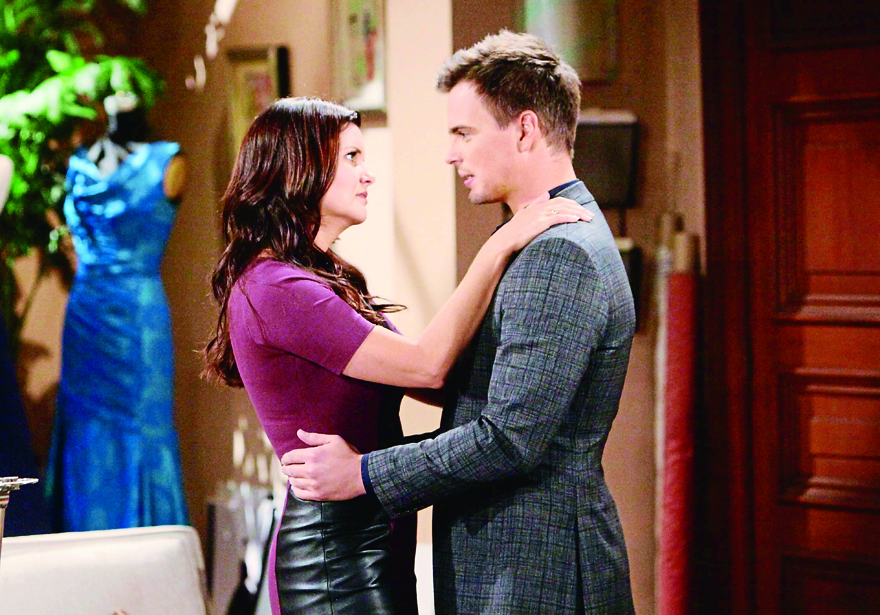 ”I’m not afraid of my father!” insisted Wyatt. “Wait, you don’t think he heard me say that, do you?” (Photo Credit: Howard Wise/jpistudios.com)

Conditions were extremely dangerous for Bill and Steffy as they navigated through the building’s ruins to find Liam and Sally. Remarkably, the injured pair was eventually rescued and rushed to the hospital for treatment. Bill begged them both for forgiveness, and Steffy, trying to remain neutral, explained Bill’s side of the horrible mix-up to her husband. Katie told Brooke about what had happened at the Spectra property, and the blonde found it difficult to predict how her estranged husband would ultimately respond to the situation. When Bill returned home from the hospital, he found Brooke waiting to discuss their future together.

Having been as understanding as she could be with Liam until now, Steffy’s frustrations finally got the better of her, and she lashed out at him about his obsession with helping and defending Sally. For her part, Sally was incredibly concerned when Liam told her that he wanted to tell his wife about the kiss they shared while they were trapped. The redhead warned him that there could be serious consequences for his marriage if he blabbed about what had happened. Coco got the sense that Sally had feelings for Liam after she raved about how much he had done for her. Believing the truth would eventually come out, Sally confessed to her sister that she and Liam had kissed.

Katie Has an Idea

Wyatt confided in Katie about how worried he was that Bill wouldn’t respond well to news of their relationship once it got out. He was wary about creating yet another rift within his family. Katie ended up making a selfless suggestion about how they could resolve any potential con ict with Bill.

Behind the Scenes at B&B’s Explosive Episodes!

Liam Spencer Is a Survivor!