It looks as though Bill is finally going to get his way in these spoilers from THE BOLD & THE BEAUTIFUL!

Now that his plan to destroy Spectra Fashions appears to have reached its successful conclusion, Bill pays a visit to their offices to remind them that now that they can’t pay their rent, they’re out on their ears. “You’re in breach of your contract with CJ over here,” Bill remarks, gesturing towards the building’s owner standing behind him. “Which means that you and your employees have to be out by close of business… today.”

Meanwhile, back at the Spencer offices, Liam tries to get Wyatt to relax. “He’s not going to fire me,” Liam assures his brother. “You know why? Because Dad secretly likes it when we hold him to a higher standard.” But can Liam just sit back and let Bill run Spectra out of business? 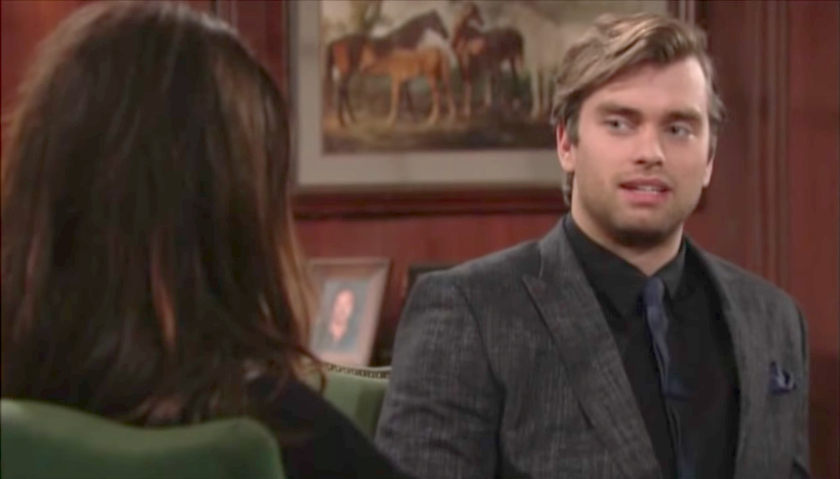 Thomas opens his heart to his sister. (Photo Credit: CBS)

MUST SEE: The Most Stunning Red Carpet Looks From the 2017 Daytime Emmys!

Having said what he fears may be a final farewell with Sally, Thomas opens up to his sister about their brief relationship. “She stood out like crazy,” he confesses. “And it wasn’t love at first sight, but… like, the fifth, sixth time? Yeah.” Steffy shakes her head and admits, “Thomas, this is not like you.”

“It wasn’t me,” he declares. “I was the man that I wanted to be when I was with her.” Will Steffy come clean and share what Liam told her about how Bill’s scheme to destroy Spectra forced Sally into stealing their designs? Or does she still think Thomas deserves better than Sally?

Don’t miss this tease from today’s emotional episode, and for more B&B previews, keep reading the CBS edition of Soaps In Depth!

Daytime’s Hottest Hunks Burn Up the Red Carpet at the Emmys!

Get to Know Anthony Turpel (R.J.)!

Watch a B&B Alum Perform a Song From her Tony-Nominated Broadway Musical!