Relationships are in flux in these spoilers from THE BOLD & THE BEAUTIFUL, but who will end up with whom when the dust settles? Thorne hasn’t given up on Katie, Steffy and Hope continue to fight over Liam, and Bill makes his feelings crystal clear!

Liam was happy to see his father out of the hospital and well on the road to recovery, but then appalled when Bill brought up his feelings for Steffy. When Bill suggested that Liam and Hope should reunite and mentioned the shooting, Liam realized his dad was quietly trying to blackmail him into letting him have Steffy for himself! “So I get my freedom and you get… my wife,” Liam marvels. “Is that it?” Liam has made no secret of the fact that he can’t forgive Steffy for sleeping with his father, but would he be willing to let Bill have her in the end? 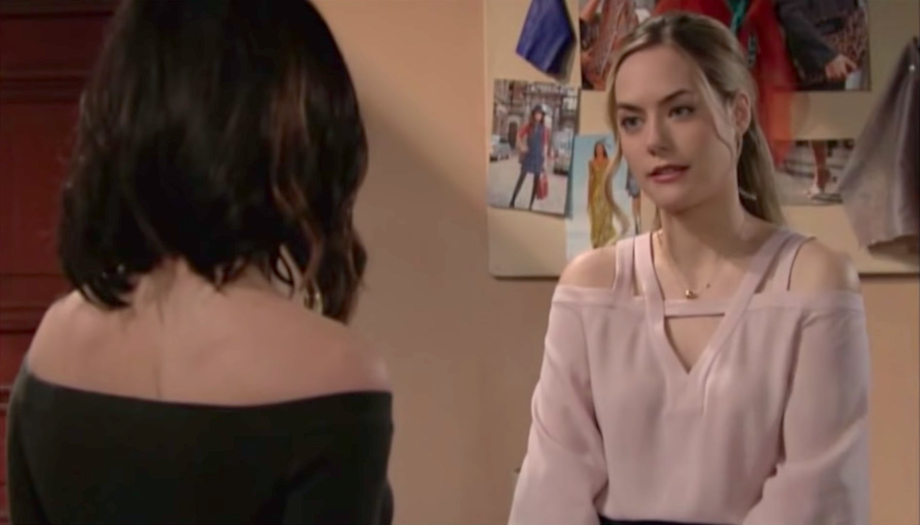 Hope gives as good as she gets! (Photo Credit: CBS)

Over at Forrester, Steffy continues to warn Hope to back off and stop interfering in her marriage to Liam. “You’ve been trying to get into Liam’s head,” Steffy spits, “and you’ve succeeded.” But Hope continues to act like butter wouldn’t melt. “Liam is his own man,” she smiles, “and I have no power over how he feels or what he does.” But will Steffy believe a word of that? Heck, does Hope believe it herself?

Katie’s quick fling with Thorne could cause some trouble with her engagement to Wyatt, since it doesn’t seem like he’s given up on her despite the ring on her finger. “Is being engaged to Wyatt really worth it?” he asks. Does Katie’s love for Wyatt trump her fear of Bill retaliating by taking away their son?