Brooke’s future is uncertain in these spoilers from THE BOLD & THE BEAUTIFUL and what she does next will change the course of her life. Is she truly through with Bill? And if she is, will Ridge attempt to win her back again?

Bill’s pleas for Brooke to stay with him fell on deaf ears as she returned her ring and explained that his recent actions scare her and she can’t stay married to him any longer. And immediately after splitting up with Bill, Brooke headed over to the Forrester offices to share the news with Ridge, who was delighted that she was free again. “I don’t know what the future holds,” she admits, “but I had to end my marriage to Bill.” Ridge stands by Brooke as she announces the news, his hand gently resting on her shoulder. Obviously, he’ll be there to support Brooke as she puts her broken heart back together, but will Ridge also take this opportunity to make another move on the woman he feels he’s destined to be with? 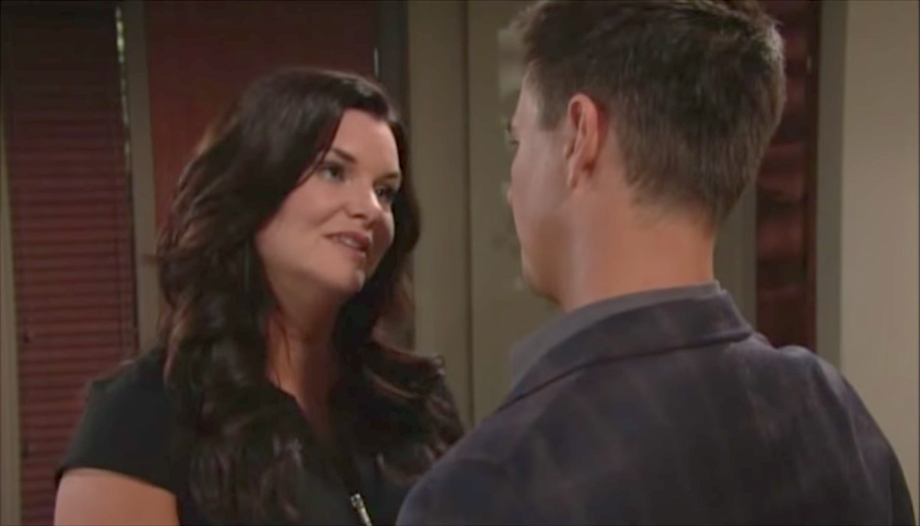 Katie confides in Wyatt that her sister is making a life-changing decision today, but she can pretty much figure out how it’s going to go. And not because of any of Bill’s heinous actions of late. “The men in her life end up being a footnote to the story of Brooke and Ridge,” Katie informs Wyatt. Bill is already plotting a horrible revenge on Liam for stealing his company and bringing about the end of his marriage to Brooke, but if he thinks Ridge is moving in on Brooke again, Liam might not be the only one Bill tries to destroy!

TODAY: Brooke gives Ridge a bit of insight as to why she left Bill. #BoldandBeautiful pic.twitter.com/taeZGFLME7