Liam and Hope’s upcoming wedding is causing no end of drama in these THE BOLD & THE BEAUTIFUL spoilers! Wyatt is already regretting his deal with the devil, and Brooke and Ridge are struggling to come to an agreement over which of their daughters deserves to be with Liam. Can their marriage survive this friction?

Brooke is happily planning Hope’s nuptials and wants to make sure that nothing interferes with her big day. “Some couples are just meant to be,” she promises her daughter. And Brooke is bound and determined to get her daughter hitched to Liam, no matter how much it hurts Ridge to see his own daughter getting her heart broken. “Just accept it,” she warns her husband. “For the family — and for me — accept it.” But can Ridge really stand by and let Steffy’s life fall to pieces just because of a pack of lies told by Bill Spencer? 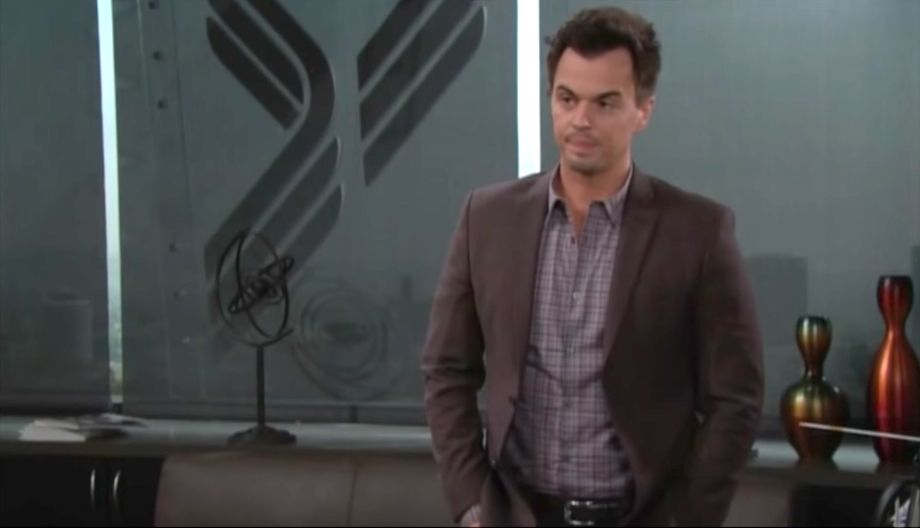 Watt knows he’s making a terrible mistake, but will he do anything about it? (Photo Credit: CBS)

Over at Spencer Publications, Wyatt is still wallowing in guilt after blowing his opportunity to tell Liam the truth that Bill and Steffy are not really still together. The fancy car and priceless painting are bribes that are eating away at him inside. “He still believes it,” Wyatt sadly informs someone in his office. “He still believes the lie.” But can Wyatt really stay silent and let Bill manipulate Liam into marrying Hope just so he can have Steffy for himself? How much more will it take before he finally cracks and confesses everything?

The Truth About Bill and Steffy’s Torrid Romantic History