Caroline reveals what she wants, and Sheila may already have what she’s been after in these spoilers from THE BOLD & THE BEAUTIFUL!

Thomas was stunned to hear from Caroline again, and now the mother of his child is back in Los Angeles looking to put their family back together again. “There’s still something there between us,” Caroline insists. “I can feel it every time that we’re together.” Although they do share a son, Douglas, do Thomas’ feelings for Sally trump any lingering affection he still has for Caroline?

And when Steffy tells someone: “Thomas may not know it now, but… he really needs you,” is she urging Caroline to get him out of Sally’s clutches? If so, Caroline will have a powerful ally in winning him back!

MUST SEE: Everything You Need to Know About B&B’s Caroline! 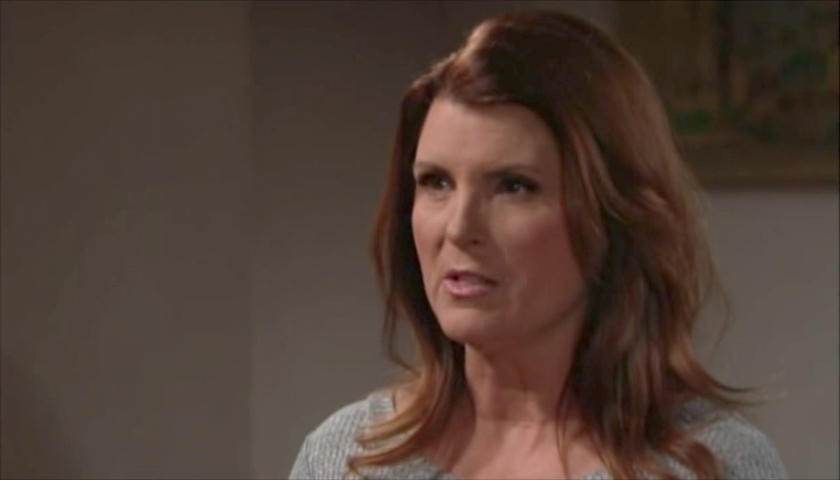 Sheila has Eric right where she wants him! (Photo Credit: CBS)

Sheila is absolutely thrilled that Eric kicked his wife out after learning of her dalliances with Ridge, and is grateful to Charlie for helping her expose the truth. “Eric is no longer in the dark about Quinn and Ridge,” she declares. “I want to thank you, Charlie. For telling me the truth. And for helping me save Eric from that faithless woman.” Charlie looks nervous, which is pretty standard for anyone having a conversation with Sheila Carter… especially when she’s this intense about something! Just what, exactly, does Sheila have planned for Eric, and is the poor man too heartbroken to resist?