Caroline realizes it’s time to tell the truth in these spoilers from THE BOLD & THE BEAUTIFUL. But when Sheila attempts to tell her version of the truth, Quinn doesn’t want to hear a word of it. This could get ugly!

Unable to continue lying to Thomas that she’s dying just so he’ll spend time with her and their son, Caroline warns Bill that this whole ugly mess has to stop before someone gets hurt. “It should’ve been Thomas’ decision and it wasn’t,” she argues. “So this whole charade is gonna end!” And she also knows that Bill didn’t concoct this scheme just to help her and Thomas get back together. “This is all about you getting your shiny new building, Bill,” she cries. “You don’t care about me and Thomas!”

Over at the Forrester offices, Liam also wants to tell Thomas the truth, but Steffy urges him to hold back for a minute. “Let’s just wait and see if Bill’s plan works,” she cautions. But will Liam be willing to continue lying for his father knowing it could destroy Thomas’ life?

MUST SEE: Felisha Cooper Has a Hilarious New Role in Primetime! 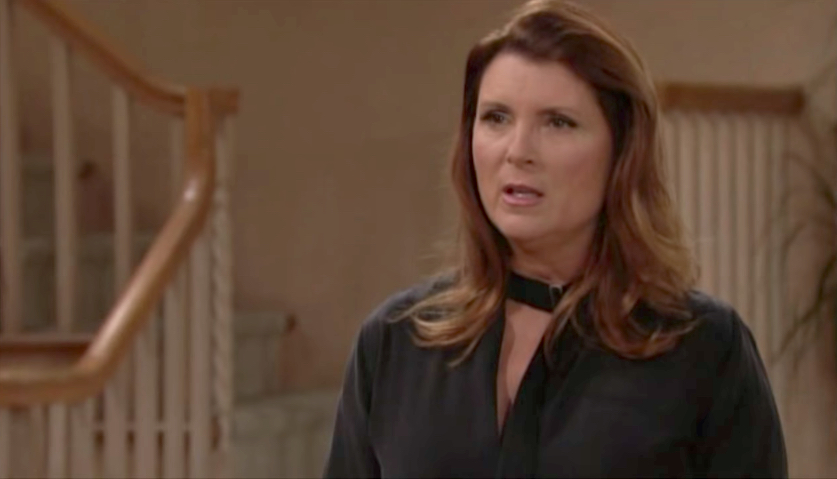 MUST SEE: Everything You Need to Know About Maya Avant Forrester

Sheila is still determined to become Eric’s wife once again, and will stop at nothing to see her dream come true. She confronts Quinn in the living room of the Forrester mansion to warn her that her time with Eric is coming to an end. “Your portrait,” Sheila seethes. “It doesn’t even deserve to be hanging on that wall.” Quinn just shakes her head and replies, “And whose does, Sheila? Yours?” How ugly is this confrontation going to get?