Eric and Quinn believe they’re finally in the clear in these spoilers from THE BOLD & THE BEAUTIFUL, but is this just the calm before the storm? And Liam has no idea that he may have lost Steffy forever — to his own father!

Quinn and Eric were an unlikely couple to be sure, but somehow they’ve made their relationship work against all odds… and against the formidable Sheila Carter! “I may have done some terrible things in the past,” Quinn admits to her husband over drinks in the living room, “but nothing compared to her unholy terror.” However, now that Sheila has been dispatched, Eric is convinced it’s nothing but smooth sailing ahead for them. “Nothing and no one’s ever gonna break us up,” he promises Quinn. Famous last words! Because Sheila is still out there somewhere, and she’s not one to give up so easily! Plus, who knows who else might have it in for the happy couple? 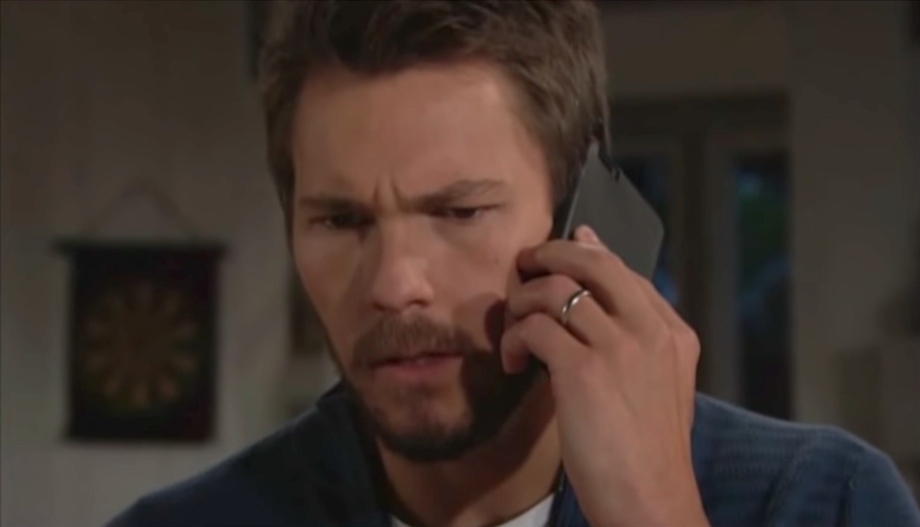 Liam is desperate to get Steffy to come back to him, but what he doesn’t realize is that not only did she walk out on their marriage, but Bill intercepted her! With his father declaring his love for the brunette beauty, Liam has no idea he may have lost his wife to his own dad. In the dark, Liam makes a phone call that could change everything. “Can you stop by my place on your way home?” he asks the person on the other end. “I’d like to see you.” Who is he talking to?

Check out this tease for today’s episode, and for more B&B previews, keep reading the ABC edition of Soaps In Depth magazine!

Which of These Soap Families Would You Love to Spend the Holidays With?

Go Behind the Scenes With Scott Clifton and Courtney Hope