Liam is taking over Spencer in these spoilers from THE BOLD & THE BEAUTIFUL, and there doesn’t look like there’s anything Bill can do to stop his son. Could this really be the end of an era? Or does Bill still have another trick up his sleeve?

Liam wants his father to resign from the company, but when Bill enters what used to be his own office to find Liam sitting at his desk, he can’t resist taking a dig. “You look like a kid in that chair,” he grumbles before smiling and adding, “It’s way too big for you.” Justin has already urged Bill to do whatever it takes so that Liam doesn’t take his confession of arson to the cops. “Sign over the company to Liam,” Justin insists, “and let him be the CEO.” But Bill is still putting up a fight, unwilling to let his son take away everything he’s worked for all his life. From behind the boss’ desk, Liam is ready to make a big move to ensure he gets his way. “I care about the little guy,” he declares. “And I am in a position to do something about it and it’s gonna cost you the thing you love the most in this world.” 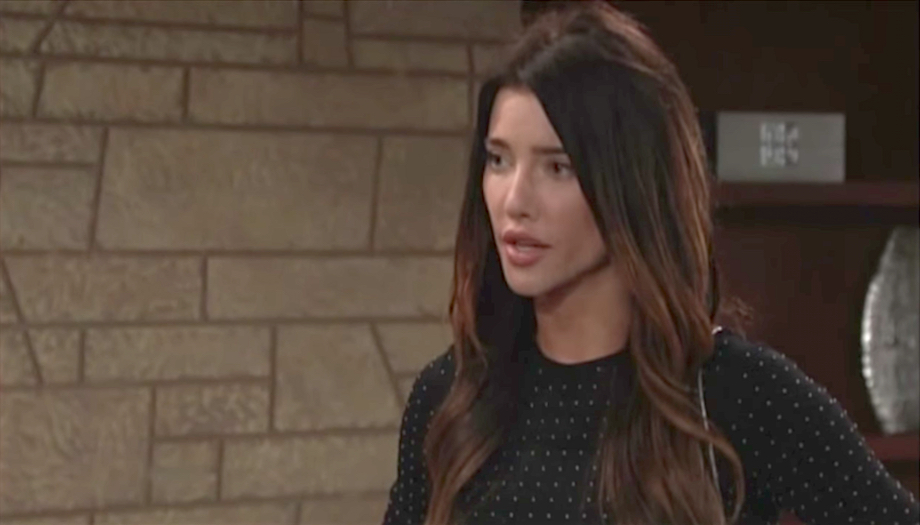 Meanwhile, Steffy alerts Katie that there are some big changes afoot that she needs to keep an eye on. “Something’s going down,” she warns. “Something that’s gonna to rock the entire fashion industry. And I just wanted you to know now that you’re head of PR.” Is Steffy planning on doing something crazy with the designs that Steffy gave her? Or is Spectra Fashions about to find itself back in business again?