The truth has been revealed but how long will it stay quiet in these spoilers from THE BOLD & THE BEAUTIFUL? Now knowing what he did to his own father, could Liam be capable of another violent act? And now that Ridge has been released from jail, will he seek revenge against Bill?

Liam wanted to confess to shooting Bill, but his father talked him out of it and assured his son he wasn’t going to say anything either. But the guilt of what he’s done still weighs heavily upon Liam, and as Hope offers him support, he pushes her away. “You should stay away,” he warns. But Hope knows that Liam isn’t a violent killer deep down inside. Bill’s recent actions pushed him to do the unthinkable. “What happened was terribly, terribly wrong,” she declares, “and I do not condone it. But Liam, don’t stand there and tell me to be afraid of you.” 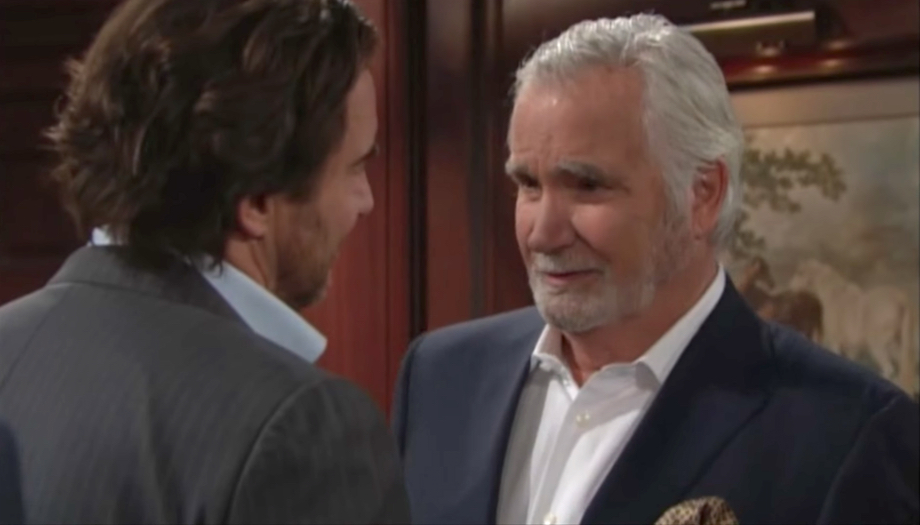 Eric is glad his son is a free man once again. (Photo Credit: CBS)

Now that Bill recanted his accusation, Ridge has been released from jail and returns to Forrester triumphantly. As everyone celebrates his freedom, Eric is pleased to have his son back in the fold. “Sometimes you remind me too much of your mother,” the Forrester patriarch smiles. So now the question remains, will Ridge retaliate against Bill for accusing him of attempted murder and having him locked up? What would Stephanie do?