Liam has to break the unfortunate news that Spectra is in danger again in these spoilers from THE BOLD & THE BEAUTIFUL. But even as the redhead braces herself for another fight, she may have more enemies than she thinks!

Having failed to convince Bill to change his plans for the Spectra property, Liam heads over to Spectra to warn Sally that his father is going to force them to relocate so he can demolish the building. “My dad’s gonna build his skyscraper here,” Liam sighs. Having only just gotten Spectra back up and running after the disastrous fire that Bill caused, Sally doesn’t know how much more she — or her struggling business — can handle. And while Liam is still eager to defy his father, she’s not sure she can go along with him. “I can’t keep fighting and losing,” she cries. But are they truly fighting a losing battle? 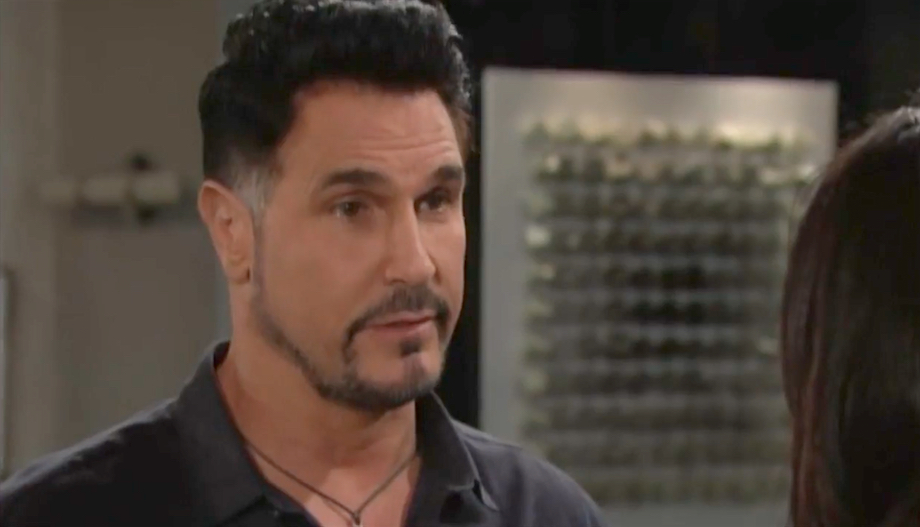 Bill won’t have to do much work to manipulate Steffy! (Photo Credit: CBS)

Meanwhile, back at Spectra, Bill tries to warn Steffy that Liam can’t be trusted. “He’s too involved, Steffy,” Bill cautions. “Attached to Sally and Spectra in a way he shouldn’t be.” Steffy has already been paying close attention to her husband’s relationship with Sally, and in fact had just popped over to Spectra to warn the young designer not to get too close to Liam. So it looks like Bill won’t have to try very hard to turn Steffy against Sally… and Liam!

Katherine Kelly Lang Believes that Brooke “Needs to Be Alone”