Liam wants the truth but will Wyatt give it to him in these THE BOLD & THE BEAUTIFUL spoilers? And now that Katie knows the truth as well, can she really let Hope go through with this marriage?

Liam was convinced that Steffy was still having an affair with Bill, but Ridge was able to convince him not to take everything at face value. So Liam arranges to meet up with Wyatt to find out if his brother is really sure that Steffy and Bill are together. “Is there any other explanation for what you saw?” he asks. Wyatt’s made the choice to keep Bill’s secret in order to retain his position in the family and inherit Spencer one day, but is that really enough of a bribe to make him lie right to Liam’s face? 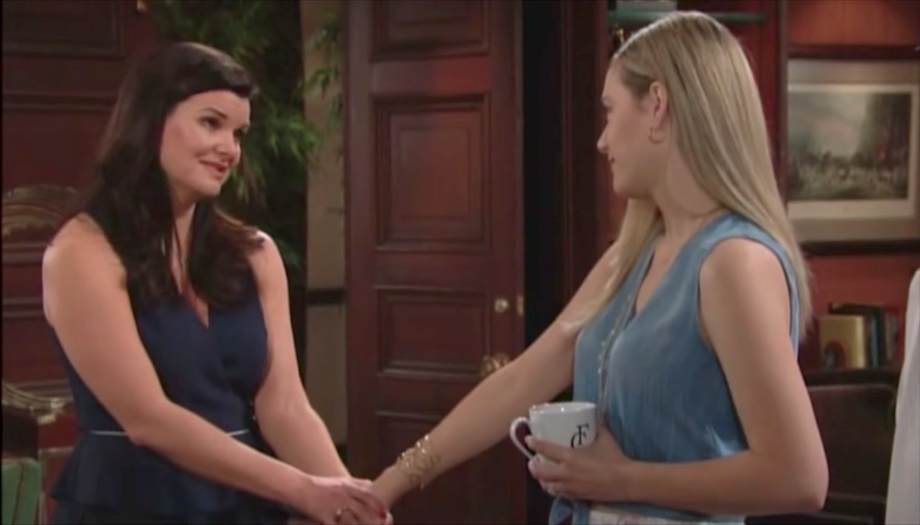 At Forrester, Brooke and Katie assure Hope that she has no reason to feel guilty about stealing Liam away from Steffy. “She made choices to lead her to where she is,” Brooke argues. And despite knowing the truth that Steffy and Bill aren’t actually together and Liam dumped her for no reason, Katie also supports her niece’s dream. “I truly believe that he will be FAR better off with you than he would ever be with Steffy,” she smiles, holding Hope’s hand. But how long can a marriage based on a lie really last?