Quinn refuses to back down in these spoilers from THE BOLD & THE BEAUTIFUL. And while she’s defending her family, Wyatt seems to be considering turning on his own by siding with his brother against their father!

Sheila may be out of the picture right now, but although the villain is gone, she’s definitely not forgotten! Quinn knows she’s only won the battle and not the war, so she’s bracing for the fight she knows is still coming. “If Sheila does try anything again,” Quinn warns, “she’s not gonna get her fangs into my husband.” Quinn sure seems confident, but when it comes to Sheila Carter, you definitely don’t want to underestimate her! What dastardly plan does Sheila have up her sleeve to get Eric back, and is there anything Quinn can do to stop her? 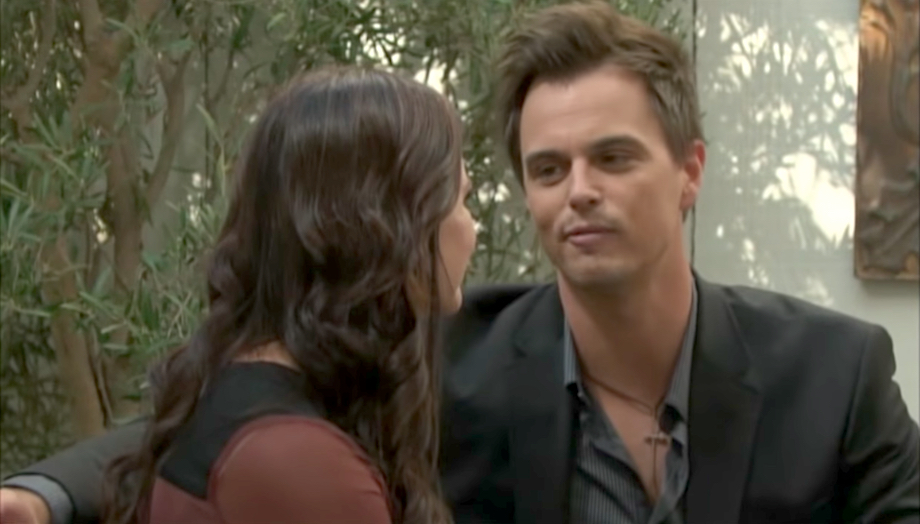 When Liam proposed that he come to work with him at Spencer Publications, Wyatt was wary of betraying their father but he may still be considering the offer. At Il Giardino, Wyatt confides the latest family news to Katie. “I’ll have you know,” he smiles, “my tofu-loving brother asked me to run the company with him.” Should Wyatt take Liam up on his offer or remain loyal to Bill? And how will Katie advise him to proceed when it’s not just his own future but that of his entire family that is at stake here?

Don’t miss this tease from today’s episode, and for more B&B previews, keep reading the CBS edition of Soaps In Depth magazine!

GH’s Ingo Rademacher Is the New Thorne on B&B!

Rena Sofer Injured Her Foot and It Looks Really Painful